Dame Patsy Reddy has been announced as the new Governor-General.

She will begin her five-year term on 14 September. She will be New Zealand's 21st Governor-General.

She will succeed former Chief of the Defence Force Sir Jerry Mateparae, when his term finishes at the end of August.

Dame Patsy is a lawyer who recently worked with Sir Michael Cullen on a review of New Zealand's intelligence and security agencies.

Prime Minister John Key said he welcomed the announcement that the Queen had approved the appointment.

"She is a passionate New Zealander, a well-respected businesswoman and a staunch supporter of our creative sector.

"She is thoughtful, articulate and has a brilliant legal mind. I am sure New Zealanders will be proud to have her as our Governor-General."

Dame Patsy said she was "stunned" when contacted about taking up the appointment by the Prime Minister.

"I asked 'why me'? This was not a role that I'd ever imagined I might hold."

She said she would spend some time in the next six months thinking about how she would carry out her role.

"I guess my style is what it is.

"I like to be relatively informal, I'm an enthusiastic person, I enjoy meeting people and I enjoy getting to know different aspects of the community."

Dame Patsy was also asked whether she had voted in the flag referendum and what her choice had been.

"Yes, I definitely voted. I thought it was a great opportunity to exercise our democratic rights, but no, I won't tell you how I voted. I did that as a private citizen."

Mr Key also thanked the outgoing Governor-General, Sir Jerry, for his dedication and service, saying it had been a privilege to work alongside him and Lady Janine. 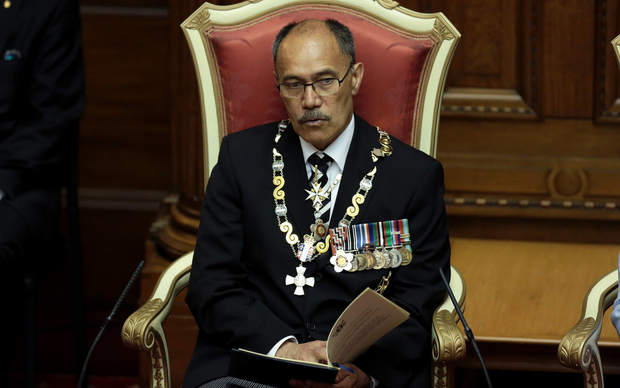 Sir Jerry has welcomed the news of the appointment.

"Dame Patsy will bring an impressive range of skills, experiences and personal qualities to the office."

"I congratulate Dame Patsy on her new appointment which comes hard on the heels of her part in the review of New Zealand's intelligence agencies.

"Dame Patsy has already made a significant contribution to New Zealand over her career in law, business and charitable organisations.

Mr Little acknowledged Sir Jerry Mateparae's time as New Zealand's vice-regal, and having carried out his time "in a typically relaxed and respectful Kiwi way".

Dame Patsy has been a chief Crown negotiator for the Treaty of Waitangi, and was deputy chair of the board at of Sky City Entertainment, and was a non-executive director at Telecom, New Zealand Post and Southern Petroleum.

In 2014 she became a Dame Companion of the New Zealand Order of Merit (DNZM) for services to the arts and business.

Dame Patsy is the third woman to hold the position, alongside Dame Catherine Tizard and Dame Silvia Cartwright.