Wellington's morning peak hour congestion is among the worst in the world, with a journey which typically takes 30 minutes stretching to 52.5 minutes. 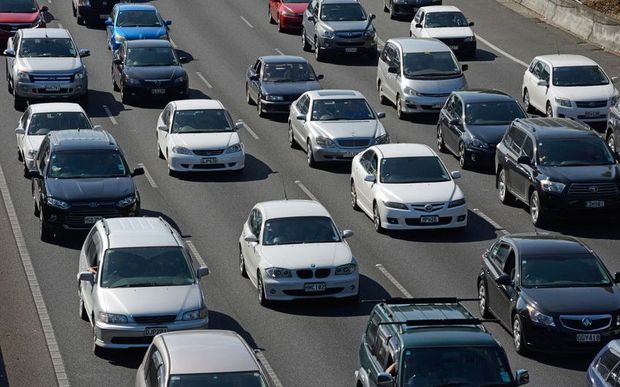 A survey by navigation firm TomTom showed the morning build-up in the capital in 2015 was bigger than in cities such as Istanbul, Los Angeles, London and Sydney.

TomTom general manager of licensing Phil Allen said the survey was based on a commute which would usually take 30 minutes; in the Wellington region that could mean heading into the capital from Pukerua Bay on State Highway 1 or Stokes Valley on State Highway 2.

That journey would usually take 30 minutes in free-flowing traffic but during the morning peak hour it blew out 75 percent, to 52.5 minutes. In London, the increase was 63-66 percent, to 49 to 50 minutes.

"It's definitely getting up there. We do have cities that are a lot greater than 75 but overall the worst cities are up in the 70s and 80s to early 90s," Mr Allen said.

Auckland remained New Zealand's most congested city across all times but a 30-minute morning commute took only 65 percent longer than usual, compared with Wellington's 75 percent.

However, congestion in Wellington throughout the day was not as bad, at 30 percent compared with 38 percent for London and 33 percent for Auckland.

The morning problem was partly due to most people starting work at 9am, Mr Allen said.

"We really want everybody to think about how they can lower the amount of time they waste in traffic every day - and to realise that we all need to play a part. If even just 5 percent of us changed our travel plans, we'd improve travel times on our major highways by up to 30 percent. Collectively, we can all work together to beat traffic congestion," he said.

Overall, Auckland sat at 40th in the global traffic congestion ranking from a list of 295 cities. Hamilton and Christchurch improved slightly, while congestion was unchanged in Dunedin.

Mexico City topped the annual list, which Mr Allen said aimed to give local authorities an insight into what was happening in cities, and how cities compared. 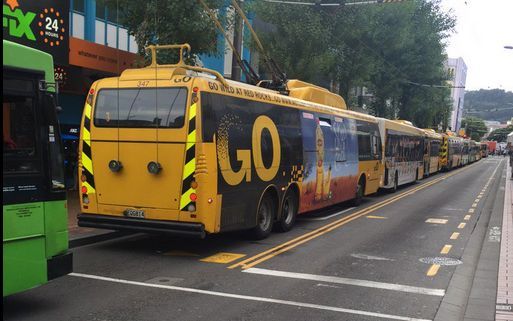 Buses backed up in the centre of Wellington yesterday Photo: SUPPLIED/@Kurtsharp

But AA spokesman Barney Irvine said the data had its limitations and was not effective for making congestion comparisons.

"I don't think we should read into that one too much. This is a really useful measure but it has some real limitations, and it's not much good for making comparisons."

Most trips in Wellington were quite short, so a 75 percent delay meant little, Mr Irvine said.

"Now, that's going to be quite a lot higher in Auckland, where the trips are longer, and if you compare that to a global mega-city, a Rio or an LA or something like that, then it is going to be way higher."

As well, it did not take into account the length of the peak; the evening rush hour was largely over in Wellington and Auckland by 7pm but in large international cities it remained congested until the early hours of the morning.

"The main takeout of all of this is it confirms what we all know and what we all see around us - congestion is getting significantly worse ... and it's something that we just have to continue focussing on within the transport planning discussions that are happening in Auckland."