The Chief Censor is considering whether to ban some of the slogans painted on Wicked Campers vans after a complaint from police.

The company's controversial slogans have previously been the subject of numerous complaints to the Advertising Standards Authority.

Chief Censor Andrew Jack said his office recently received its first complaint about the vans - from the police.

"I can confirm that we have received a submission in respect of some of the Wicked campervans from the police, and we'll be working through the classification process and testing those publications against the criteria in the Films, Videos, and Publications Act to determine whether or not they need to be age restricted or might be objectionable.

"This is the first time a publication, in respect of Wicked Campers, has been submitted to us."

He would now consider whether the images need to be banned or restricted.

"We have to make sure that if something is going to be restricted or banned, you have to try to take into account the fact that people do have a right to freedom of expression, and it is a big deal to ban or restrict something."

Dr Jack said the process took about a month, and his office would contact the company about it.

Police said in a statement that they were also looking into the controversial slogans.

"While police understand the public concern about this issue, there are a number of complexities involved from a law enforcement perspective.

"A message may be widely regarded as offensive and inappropriate, but this does not necessarily make it a criminal matter.

"Police will continue exploring options regarding these messages, including liaison where appropriate with the Office of Film and Literature Classification."

The toughest punishments for anyone wilfully ignoring a ban or restriction include jail time or fines of up to $200,000. 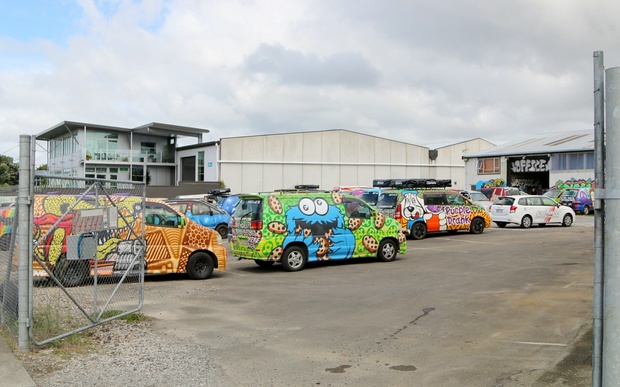 Associate Minister of Tourism Paula Bennett told Morning Report she would not rule out legislating against the company, but would rather the Chief Censor dealt with the problem.

"I'm pretty determined to find an avenue to close these slogans down," she said.

If the company did not stop using the slogans soon, it could affect its business in New Zealand, Ms Bennett said

Advertising veteran Mike Hutcheson agreed something needed to be done.

"At a point where they don't respond to any kind of voluntary request then I think the chief censor should come in. Because some of those slogans are downright offensive and they've just overstepped the mark," said Mr Hutcheson.

"I mean it's a fuzzy line but they've overstepped it and I reckon it's about time they get reined in." 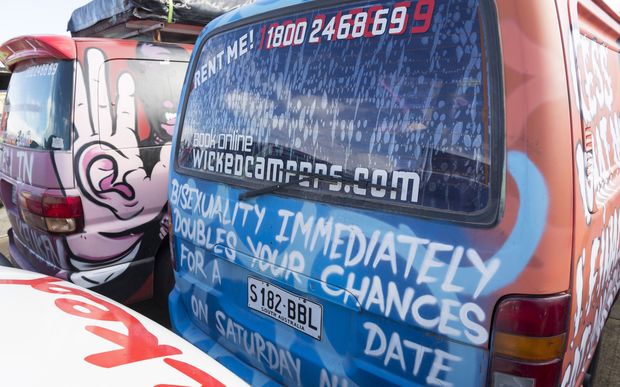