Knowing your reptilian brain from your neocortex is a critical step in knowing how to communicate with care in an emotionally charged situation, a conflict management expert says. 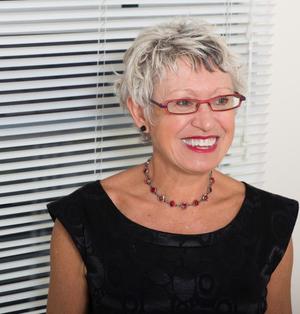 Cher Williscroft told a packed conference of funeral industry professionals that building new habits around the way we talk to one another is not that hard.

Someone's coming at you, they're angry and upset, what's the best thing you can do? Relax and PEE, said the speaker ending the cemeteries and crematoria conference in Nelson this week.

Cher Williscroft, managing director of Nelson business Conflict Management confronted the ominous silence, and then the audience began to laugh. The mental imagery was palpable.

Ms Williscroft explained that PEE is the acronym for a formula she has devised under a system created by a colleague Jane O'Shea: Emergency first aid for communication.

"When we learn our ABCs for first aid we learn a certain formula - Airways, Breathing and Circulation. There's one I've devised and it's one you need to learn - Relax and PEE. If you or your client are triggered you have to 'Paraphrase, Empathise and Enquire'," Ms Williscroft said.

She said upset, angry and distressed people quite often directed their emotions into the wrong place. The stories "poured out" when she asked people who worked in the funeral and associated industries, some of their experiences. 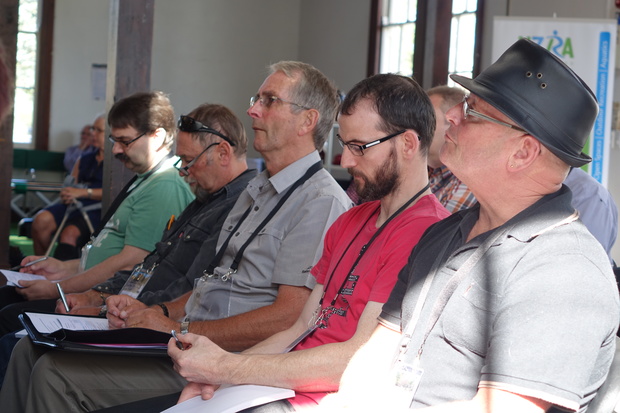 Delegates at the cemeteries and crematoria conference in Nelson. Photo: RNZ / Tracy Neal

Funeral directors, grave diggers, contractors and council staff all took a bashing when things went wrong, or were not to expectations.

The circumstances ranged from toys missing from a child's grave, to a family ready to bury their loved one who found the grave full of water, to funeral staff dealing with family members distressed about the way their loved one looked.

Mr Williscroft said there were critical ways not to handle such situations, such as raising issues around health and safety and council bylaws, which was a sure-fire way to re-trigger someone.

"If you start talking like that you're treating them in a way they can't cope."

Ms Williscroft's advice was directed at the professional sector which dealt daily with challenging human responses, but it had a broader application.

"We have to have skills that require us to stay composed. When someone's triggered, they're reacting with emotions seated deep in the brain. When someone's wound up, your buttons get pressed and you become triggered."

Ms Williscroft said emotional stress came from deep within the reptilian brain, and had the effect of "shutting down" the rational, thinking brain.

"Our reptilian brain warns us of threats, both physical and emotional - it protects us, and in these situations adrenaline and stress hormones are produced.

"Whenever I'm triggered by anyone I say 'I'm under the influence' - it's just drugs. When you feel that, that's all it is," Ms Williscroft said.

She said it was important for people confronted with these situations to know this before they opened their mouth.

"If someone feels understood by you, oxytocin is produced. It's a really important drug and one we want to have when in an emotionally charged situation. It's the drug that tells a person they are safe with you - they can trust you. It's known as the love or trust drug."

Ms Williscroft said deploying the PEE approach at this point meant highlighting the "P": Paraphrase. Summarising their point of view had a two-fold effect by showing the upset person they were being heard, and it bought some time for the person handling the matter.

"It's important at this point you understand it doesn't involve your point of view, or your judgement, excuses, reasons or rationale.

"It's simply noticing the world from their point of view and letting them know you've got it. That will activate the neocortex in a person. The next thing you can do is empathise but it has to be genuine and you have to be very present."

Assessing how capable a person is of rational communication at this point might be found in asking some questions.

"Just hold fire. There's no way someone in this state will take in what you're saying about council bylaws."

Ms Williscroft said whether people knew it or not, they always sent a "relationship message" - how the message was delivered and received.

Ms Williscroft said extra skills were needed around metacommunication when dealing with those bolts from the blue - the phone calls from extremely upset people while you're busy with something else and not prepared for what's happening.

Ms Williscroft said applying these principles daily would help people build new habits around communication, and put them at ease with conflict.

"You'll enjoy the intensity of the job, clients will be understood by you and you'll go away feeling good about yourself."