A wild horse rescue charity is racing to find homes for animals caught in this year's Kaimanawa muster. 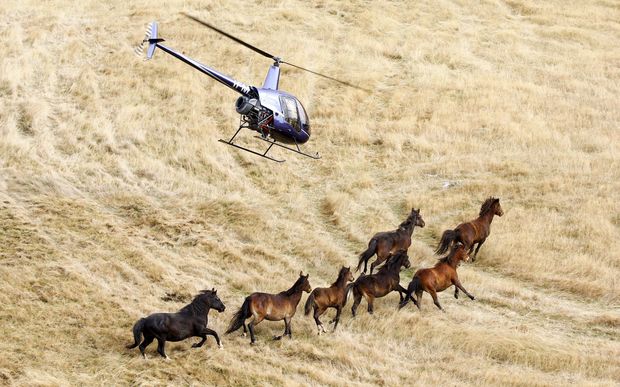 The muster, which takes place every two years, is normally held in June, but this year the Department of Conservation (DoC) is bringing it forward to April.

Any horses which are unable to be homed will be slaughtered.

Kaimanawa Heritage Horse chairman Elder Jenks said it had only just been notified about the new date, and was working against the clock.

"Very worried because it normally takes us 10 to 12 weeks by the time we advertise until we can bring it all together," he said.

"Unfortunately, the communication with new people at DoC - they hadn't got to us, so we've had a late notification so we're down to only five or six weeks to try and place about 100 horses."

DoC spokesperson Bill Fleury said this year's date was moved forward to get better weather conditions and it was optimistic all the horses would be homed.

"I think they will be successful. We realise it does put some pressure on them but we're very hopeful that all the work they've done in the two years since the last muster has led to a lot of the selection of people to take these horses having already been done."

It was important to the landscape, and the health of the animals, to maintain a sustainable herd size of 300 horses, Mr Fleury said.

Kaimanawa Heritage Horse says on its website that it can assist with finding help with the horses' initial handling.

The organisation says those who think they might like to buy a horse must have an appropriate place to keep it, where it can be grazed with or near other horses.

It estimates the price for the horses at $250 for the first animal and $220 for any others.

The area's wild horse population is thought to be descended from those that escaped or were let go from farms or early military use.

A regular survey and cull of the herd has been held since the 1990s.