The Ministry of Health is supporting a contentious policy of making health workers who do not get flu jabs wear a face mask.

Last winter, Waikato DHB sacked one worker and threatened two nurses with suspension if they did not wear masks. 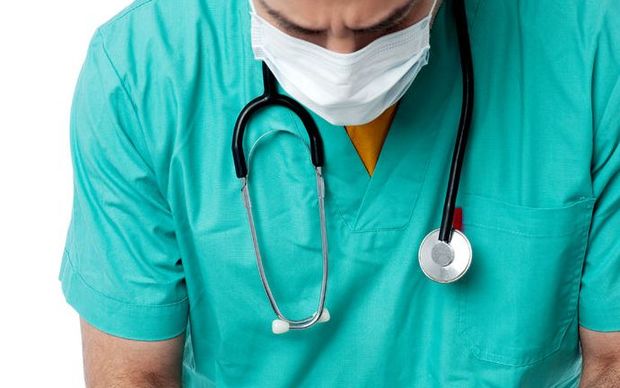 Now with the flu season looming again there is still no sign of other District Health Boards following Waikato's tough approach.

The row over flu jabs last winter led to four staff being disciplined at the Waikato DHB, including a nurse who was suspended and then resigned.

"Staff and indeed some patients felt stigmatised as a result of that. Nurses felt it interfered with their ability to communicate with their patients, it was destructive across the DHB," she said.

In a letter sent to all district health boards last week, the Ministry said it supported making staff wear masks if they had not been immunised.

RNZ News does not know of any other DHB apart from Waikato that was adopting the policy this year.

Keith Reid is a medical officer of health at the Southern DHB. He said they had achieved a big improvement in immunisation rates, by working with staff and their families to ensure they understood the importance of immunisation.

"We've gone from a situation where about 40 percent of our staff were being vaccinated two seasons ago, to having the majority of our staff vaccinated the last season and nearly two thirds last year, so we are looking to build on it this year," he said.

Dr Reid said forcing staff who did not want to be immunised to wear a mask was a bad idea.

He said there were many reasons why people opted not to have a flu jab, including being allergic to it.

And he cautioned against adopting a policy which had its roots in the USA.

"The culture there is very different, the litigious culture, the fact that someone who comes into the hospital and gets influenza may very well take legal proceedings against the staff member," he said.

Dr Reid said if New Zealand was going to go down that route there needed to be a public debate first.

Unions said the Ministry's stance appeared to contradict an agreement it had reached with DHBs.

"This letter is traversing into advice around what are employment relationship issues between staff and the DHBs and again the DHBs and unions have issued guidelines that we work constructively together, to encourage staff to be vaccinated, the Ministry of Health advice on this is inconsistent with those guidelines," Ms Harry said.

PSA national organiser Erin Polaczuk admitted to being surprised by the letter, saying she did not think the Ministry supported the tactics employed at the Waikato DHB.

"The way we prefer to operate is for workers to be able to talk with their bosses on an equal footing as the professionals that they are."

In its letter the Ministry said voluntary immunisation did not give health workers or patients enough protection.

But since that letter the Ministry has issued a statement saying it was up to individual DHBs to decide how they improved their immunisation rates for staff.