A rape victim who pushed for changes to the way the New Zealand Defence Force deals with sexual complaints wants them dealt with outside of the services. 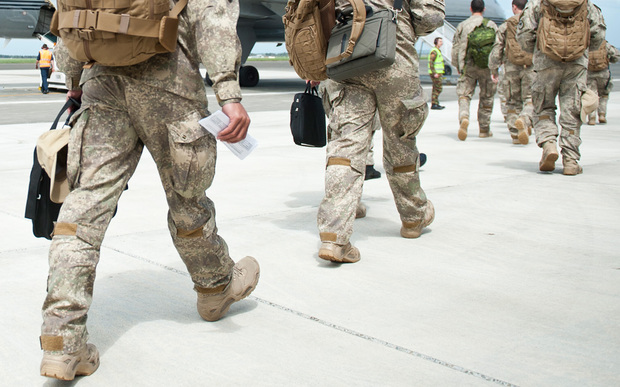 Robert Richard Roper was jailed for 13 years in 2015 for sexual offences against at least five girls, including Mrs Andrews, in the '70s and '80s.

Mrs Andrews took the Air Force to task over its culture, which she said had allowed her father's offending to continue.

"He did a lot of damage to a lot of people including myself. If they had actually stopped it when it started, back in 1983, a lot of people's lives wouldn't have been affected.

"But because they swept it under the carpet, the old boys' network was still going, they tend to cover for one another."

A 2015 report into the Air Force found a "culture of sexism" and "long-held and widespread" sexist attitudes.

The Chief of Defence, Lieutenant General Tim Keating, said it was a problem among all the forces.

"There's no walking away from our background, our culture as a military is a male blokey-type organisation, but that's history."

"I think there's attitudes for me and my senior leadership team that we can't walk by some behaviours.

"Things like posters that are put up or calendars, or inappropriate jokes, or even the language, we've really got to check ourselves."

While Mrs Andrews welcomed the changes, she wanted them to go further, including an independent body to which sexual crimes could be reported.

Immediate changes in the Defence Force plan include the creation of a sexual assault response team and an alternative mechanism for reporting events, which will be created by June.

There will also be meetings at bases to ensure all personnel are aware of the reforms.

Sexual assault victims advocate Louise Nicholas has supported Karina Andrews and other victims of military abuse, and also consulted with the military on the new strategy.

She said the recommendation that Dr Kim McGregor put forward in setting up a body that victims could go to was paramount so people could get help without feeling the pressure of having to go through the "military way of doing things".

She said from what she had heard over a number of years, the culture within the Defence Force is similar to that of the police 10 years ago.

"So when the police stepped up and had the Commission of Inquiry into police conduct [in 2007], the change that came from that has been huge. I'm glad that the Defence have taken the same sort of pathway in ensuring that everybody that's going through the Defence Force from the recruits right through to the head honchos has the education and understanding around sexual violence. It's a good move and I'm really pleased it has been done."

She said everyday sexism would need to be challenged from the top down.

"It comes down to the education and people understanding that the jokes and the sexism and all that that goes on in any organisation, people need to step up and say 'actually that's not okay, cut it out or I will do something about it' and they need to feel empowered enough to do that and that comes from the top."

Ms Nicholas said it was about equality for men and women.

"I've heard too many stories about women in the military that will not say anything because they're worried about where their career may head if they do speak up."

She said the action plan could initiate real change if everybody jumped on board.

Men outnumber women by more than three quarters in all the services.