Witnesses have told a court martial that they did not see anyone's bottom being grabbed during a social event at Devonport Naval Base in 2012. 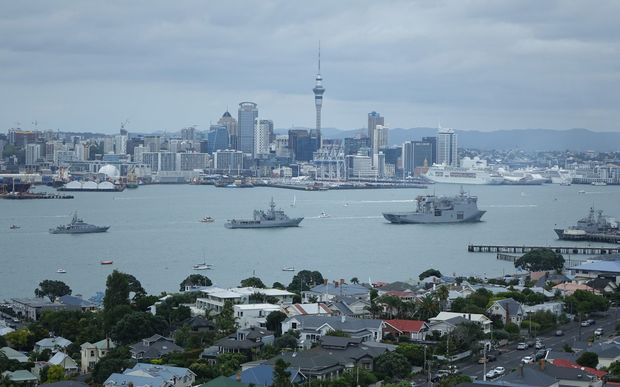 A navy officer has accused a commander of groping her four or five times at the officers' mess bar.

The commander has denied the indecent assault charge.

Witnesses called by the defence told the court today that officers at the bar were mildly intoxicated - but not drunk - and the mood was jovial.

They said they had not seen anyone's bottom groped.

But when asked by the prosecutor if they were looking at people's bottoms, they said they were not.

One witness said the room was full and noisy and if someone had grabbed a person's bottom, he would not have seen it.

Earlier, the commander told the court that he did not touch, grab or poke the lieutenant.

Defence lawyer Major Peter Brock told the court the officer did not see the commander touch her, that she was affected by alcohol and she was in a small and crowded space.

He said the lieutenant had joined the dots incorrectly and the commander had nothing to hide.

Major Brock said the case was insufficient to prove the charge beyond reasonable doubt.

Yesterday, the officer said she was grabbed four times and that the first grab was an intense grope.

She said, after the last grab, she turned and swore at the commander and told the defence lawyer "if someone grabbed your balls repeatedly, over and over, you would be pretty angry as well".

She said she had had too many drinks to drive but she was not drunk.

The prosecutor, Major Jane Derbyshire, had earlier told the tribunal the case was about a senior officer who abused his authority by indecently assaulting a junior female officer.

While the nature of the actual touching might have been at the lower end of the scale, it was repeated and the disparity in rank and authority between the commander and the lieutenant were "significant aggravating features", she said.

The penalty for indecent assault ranges from a fine to the ultimate sentence of dismissal.

The defense and prosecution will sum up tomorrow and the military panel will then consider its verdict.