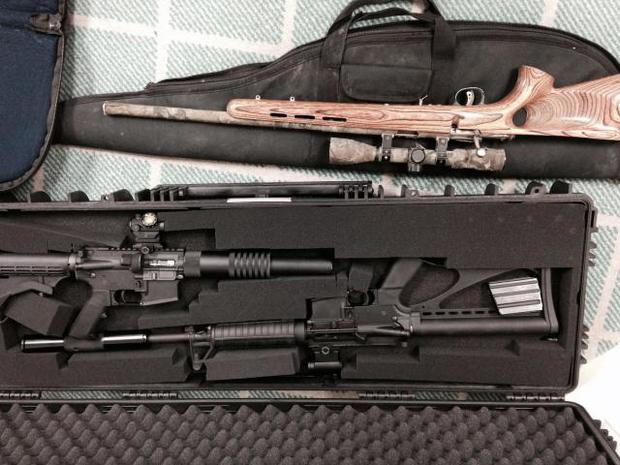 Some of the weapons seized on Thursday in a major police drug operation called Turbo Photo: NZ Police

Police Minister Judith Collins said she was open to the idea of an inquiry. But she said the issue could be taken up by a parliamentary select committee.

Police Association president Greg O'Connor said any inquiry would be a step in the right direction.

He said the Police Association had been voicing concerns about the accessibility of firearms for some time.

Mr O'Connor said the events in Kawerau and South Auckland were symptoms of a larger problem.

Criminals were getting their hands on weapons, including military-style guns, he said.

"The onus falls on firearms users, owners and others in the firearms industry to support such a call before there is a more serious incident involving multiple deaths and which would necessitate just such an inquiry taking place, but in an emotionally and politically charged environment."

A lobby group for licensed firearm owners said the call for an inquiry was kneejerk reaction from politicians.

Sporting Shooters Association spokesman Phil Cregeen said it was an issue of criminals stealing and smuggling guns and the firearms laws were adequate.

"The laws are adequate for th law-abiding people, it's the criminals don't take any notice of the laws anyway so making new laws or changing law doesn't achieve anything."

Waikato University professor of law Alexander Gillespie said serious questions must be asked about whether it was safe that military style weapons be allowed in the country at all.

He said people assumed the problems seen overseas would not happen here, but the weapons used in the Paris shootings, and in mass shootings in the United States, were increasingly being found in New Zealand.