Everything possible had been done to protect staff at the Ashburton Work and Income office before the fatal 2014 shootings, the Ministry of Social Development (MSD) says. 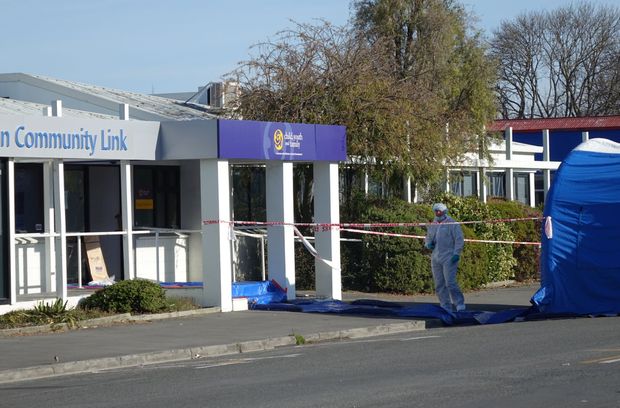 Outside the Ashburton WINZ office after the shootings Photo: RNZ / Jemma Brackebush

Russell Tully was yesterday found guilty of the murders of Peggy Noble and Leigh Cleveland at the office in the Canterbury town one and a half years ago.

The jury in the High Court in Christchurch also found him guilty of attempting to murder Kim Adams, but not guilty of the attempted murder of another employee, Lindy Curtis.

Last year, WorkSafe charged the ministry with failing to take steps to ensure the safety of its employees.

"I'm confident that we had done what we needed to do.

"As you have seen through this case, the events that transpired there that day were extreme, [by] a very well motivated individual who was armed with a very dangerous weapon."

Although the first part of a safety review, released just weeks after the shooting, said the ministry did nothing wrong in the lead-up to the shootings, the second part recommended a number of long-term changes, including better information sharing, and taking a harder line on threatening behaviour.

Since the Ashburton attack, an extra 250 security staff have been employed at Work and Income offices, and a tougher line taken towards abusive and violent behaviour.