Affco has laid off 214 workers at its Rangiuru plant, in the Bay of Plenty, just days after unionised workers returned to the job.

Affco workers made the journey from Wairoa to Auckland for the hearing. Photo: RNZ / Kim Baker Wilson

It said veteran workers have been laid off first, in apparent defiance of rulings giving senior employees special status.

It said some of the workers have 35 to 45 years of unblemished service.

The lay-offs come a week after the Employment Relations Authority ordered workers in dispute with the company be reinstated.

They included Rangiuru union shed secretary Roberta "Bertie" Ratu, who said all the experienced workers laid off were union members.

Veteran workers would normally be laid off last, but instead this time have gone first, in apparent defiance of court rulings giving senior employees special status, the union said.

Affco was instead taking on inexperienced workers who agreed to individual contracts, the union said.

The lay-offs come a week after the workers won reinstatement at the plant, near Te Puke, under an Employment Relations Authority order.

Among them is Rangiuru union shed secretary Roberta "Bertie" Ratu, who said all the experienced workers laid off were union members.

"Our workers went to work on a normal shift and they were told they would no longer be employed, that they were on a seasonal lay-off.

"We have skilled and experienced butchers, labourers, told on Friday 'your season has come to an end, thank you, goodbye', and we have got workers out there with no or little experience who still kept their job."

"A lot of them want to join the union, but we don't have a contract to offer them. We're still in negotiations." 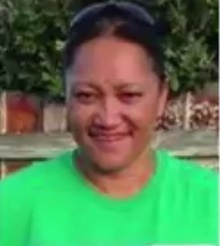 Some of those laid-off had been working for the company for 45 years, while others who had only worked 45 days still had a job, she said.

Affco said only 60 of the 214 workers were union members.

The union is promising to return to court.