DNA on swabs taken from a helmet at the scene of the Ashburton WINZ shooting confirm the accused Russell Tully was there, a court has been told. 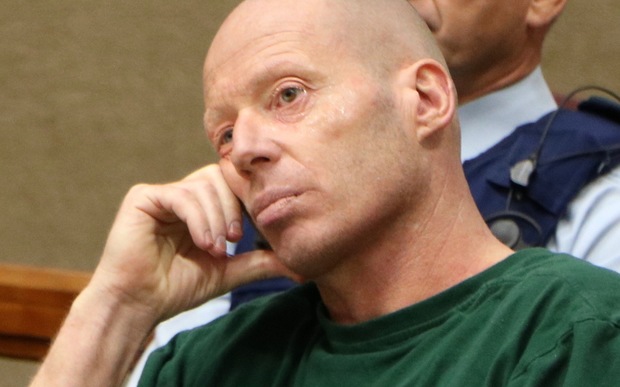 Russell Tully in the High Court in Christchurch earlier this week Photo: POOL

The 49-year-old is charged with the murders of Peggy Noble and Leigh Cleveland and the attempted murder of their colleagues Kim Adams and Lindy Curtis at the Ashburton office in 2014.

Today is the seventh day of the trial at the High Court in Christchurch and Mr Tully is not present in court.

The Crown argues DNA found on the bicycle helmet the gunman left behind as he rushed to get away matches Mr Tully's and that this proves conclusively that he was the shooter.

Scientist Lisa Marie Melia told the court the DNA she tested on a helmet found at the scene matched a sample provided by Mr Tully.

"There is extremely strong scientific support for the position that the DNA on the bike helmet originated from Tully."

Lawyer James Rapley, who is assisting Mr Tully to defend himself, asked Ms Melia whether it was possible that Mr Tully shook hands with the owner of the helmet and that was how his DNA had been found on the helmet.

She agreed that it was possible.

Yesterday Mr Rapley, who is assisting Mr Tully to defending himself, questioned Institute of Environmental Science and Research (ESR) scientist Wendy Janes, who took swabs from the helmet.

Ms Janes agreed scientists would not be able to tell whether the DNA from Mr Tully was from samples taken from the straps or from inside the helmet itself.

Ms Melia told the court swabs taken from the balaclava and jacket found on Mr Tully when he was arrested matched his DNA.

The jacket and balaclava match those seen on CCTV footage of the shooting.

The court was also told about swabs taken from Mr Tully's hands when he was arrested. 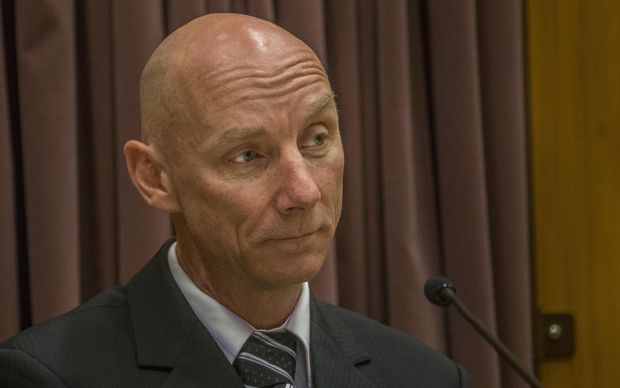 "We do not have the resources to such testing in New Zealand, and because he was arrested such a long time after the shooting the decision was made not to carry out the tests."

Mr Weaver said shotgun residue lasts only about three hours on skin, and Mr Tully was arrested about seven or eight hours after the shooting.

"Is it possible if the shotgun was held near the shoulder, residue could be found on the balaclava?" Mr Weaver responded that it was.

"Is it possible if the shot gun was held near the waist, residue could be found on the offender's trousers?" Mr Weaver replied "yes".

When asked if the balaclava or trousers found on Mr Tully were tested for gunshot residue, Mr Weaver said they were not.

Mr Weaver told the court the jacket found on Mr Tully when he was arrested, and was said to have been wearing when allegedly carrying out the shooting, was also not tested.

"The jacket was found in a backpack alongside a shotgun," he said. "The close contact means residue could have been transferred over, so any tests carried out would have been invalid."