Reforms aimed at reducing the role lawyers play in the Family Court appear to have failed, with 86 percent of claimants seeking urgent hearings in order to be allowed legal representation. 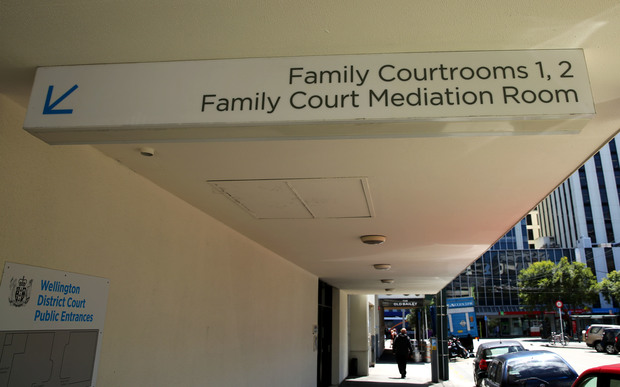 Two years ago, reforms to the Court put the onus on parents, rather than the state, to resolve disputes over their children.

Couples in disputes over custody are not allowed to be represented by a lawyer unless they file a 'without notice' application, which are normally driven by allegations of violence either against a child or partner.

Principal Family Court Judge Laurence Ryan said there had been an "astounding" increase in the number of without notice applications since the law reforms came into effect. Last week on one day alone, the court received a record 90 applications.

"Just at the end of February, it's quite astounding, 86 percent of Care of Children Act applications now commence by way of a without notice application and it used to be slightly below 50 percent prior to the reforms."

Judge Ryan suspected lawyers wanting to speed up what could be a slow and complicated dispute resolution process were advising clients to file a without notice application.

Dean of Otago University law school Mark Henaghan said even if a threat was not imminent people were able to keep their legal representation.

"Once you apply 'without notice' you're in the door, and even if the judge says there will be notice but it'll be a short term notice, you've still got your lawyer and away you go."

But he said judges usually resisted these applications.

"Judges generally don't like to hear matters without notice, because it means you apply, you get an order, and the first time the other party hears it is when they get the order in the post, and they say 'well you never heard my point of view'."

The Family Court was overhauled two years ago after complaints it was too slow, costly and uncertain.

It now aims to get parents to resolve custody disputes through mediated out of court settlements.

The role of lawyers has largely been reduced to advising parents and guardians.

Law Society family law representative Allan Cooke said the changes had created a two-tier system, leaving those who could not afford a lawyer reliant on the Family Legal Advice Service (FLAS).

"We have a 'if you have money you can get access to a lawyer and you can get all the assistance you need, if you don't have sufficient funds you can't and you have to go through the FLAS' system, which is quite limited in the sense of what work can be done by the lawyer.

It costs $450 for each partner to go through the family dispute resolution (FDR) service.

But a large number of people are balking at that, and Judge Ryan said they simply did not show up.

"There are a large, a significant, number of people who are assessed as suitable for mediation but do not go through mediation, and they disappear.

Another complaint about the new-look resolution service is that it is not meeting its stated goal of putting the needs of children first.

A Wellington woman, who is before the court trying to hammer out an agreement with her husband over visiting rights for their son, said no one had spoken to the boy.

"The thing that's bothering the most about the Family Court and the FDR is that my son's had no say at all in anything, no one's asked what his views are.

"There's been no one there to be able to represent him, and I mean he's eight, so he does have opinions, he does have thoughts on things," she said.

The Law Society's Allan Cooke said it's a common complaint that children's voices were not heard.

"If you go to the Care of Children Act, children's voices have to be heard. Children don't determine things of course, but judges, when they make decisions, have to hear what children are saying.

"In the FDR process there's no basis for that - it's occurring certainly on an ad hoc basis," he said.

Professor Mark Henaghan is about to begin his own study of how the Family Court reforms are working.