A four-year, $91.7 million government project has boosted enrolments in early childhood education among poor families, but initially suffered from high drop out rates. 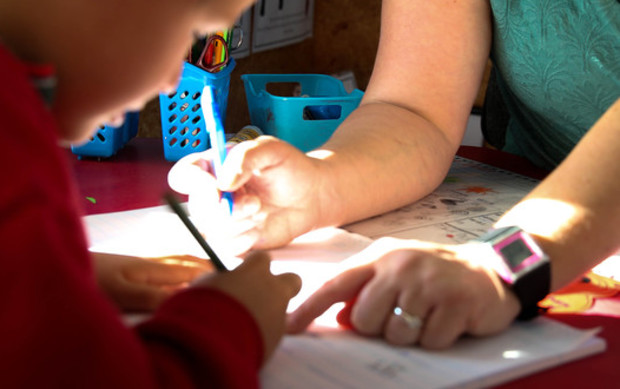 The government is trying to drive participation in early childhood education because it has a big impact on children's later success.

An interim evaluation says early education is not a priority for families struggling with poverty, and cost and culture are the biggest barriers to participation.

The newly-published evaluation says the projects enrolled 8344 children in the first three years, 7906 of them from priority families, but of those one third dropped out.

It was not known where some 3006 children, "a considerable number", had gone or the reasons for their leaving.

Lead researcher and director of the University of Waikato's Early Years Research Centre, Linda Mitchell, said transience could be one reason.

"Sometimes it is not known where the children went to and we did find there was quite a high level of transience among families," she said.

"I think people drop out for a whole variety of reasons. Their home situation changes, maybe early childhood is not for them."

Associate Professor Mitchell said the most promising approach was paying for new early childhood centres in high-need areas, especially if they provided other services.

"So as well as early childhood education, they had access to other services to support families like health or parenting."

Education Ministry head of sector enablement and support Katrina Casey said the projects had now run for four-and-a-half years and enrolled 14,400 children with no change in the number who left.

She said the most successful schemes included building new centres, working closely with the most needy families, and providing supported playgroups.

Some were particularly innovative, such as one which offered free beauty treatments in a successful attempt to encourage the mothers of gang members' children to bring their children to a playgroup.

Ms Casey said the ministry was continuing with the best projects and would spend $15m - $20m in the current financial year on them.

"We already know that these kids will benefit far more than their counterparts who've been involved in ECE coming from a higher socio-economic community.

"It's not just a question of signing them up to a childcare centre or some other service. There's a lot of other challenges that face these kiddies and face these families that need to be attended to at the same time, otherwise we're going to see this pattern where they're enrolled one week and they're not the next."

Susan Warren, chief executive of Auckland's Comet education trust, said the report showed there was no single best way of boosting enrolments and the various initiatives reinforced each other.

Ms Warren said the initiatives should be continued in the areas where they were needed, but the government also needed to start supporting good parenting because that had the biggest impact on children's development.

"The piece that we're not seeing yet at all from government is a focus on families and the importance of those first two or three years of child's life in the family and the engagement that goes on in the family between adults and children. There's so much evidence now that that's the thing that makes the biggest difference to children's learning."

The evaluation said nearly half of the projects' enrolments were in the new early childhood services it set up and though they were one of the most expensive measures, their cost would fall over time because children could keep enrolling in them for years to come.

The report said another of the initiatives, Engaging Priority Families (EPF), cost less than $10,000 per enrolment and was good for enrolling children from families with significant social and economic problems.