The mansion which had been home to internet entrepreneur Kim Dotcom is up for sale. 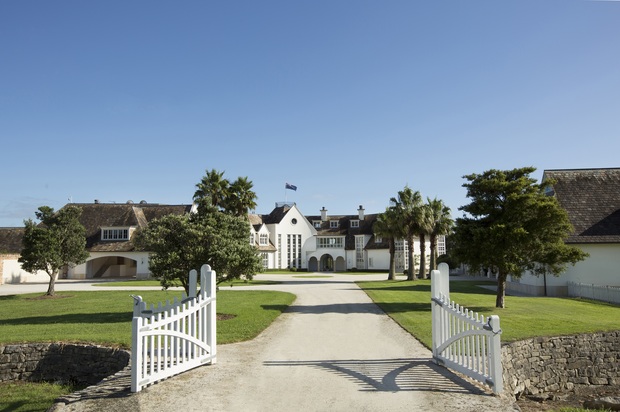 The 'Dotcom Mansion' is for sale. Photo: SUPPLIED / Barfoot & Thompson

Mr Dotcom rented the 12-bedroom property, which was raided by police in 2012 as they executed search warrants related to ongoing attempts by the US to extradite him.

The sale has been announced in a media release from agents Barfoot & Thompson.

The house is described as a well-known English-style country estate in Coatesville, but the release makes no mention of the property's history.

One of New Zealand's most "distinguished and opulent" properties offered "luxury living as well as potential development opportunity", the Barfoot & Thompson statement said.

"This is an exciting opportunity to own a property that is absolutely beyond compare in the New Zealand market," said salesperson Christina Tang. 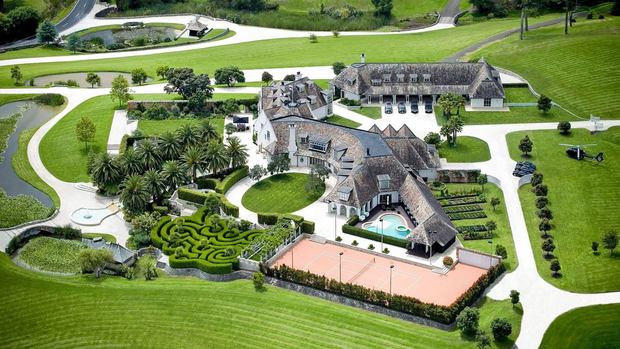 The expansive 2375 square metres of living space is described as "lavish in scope and luxurious in detail".

There are 12 well-appointed bedrooms including seven ensuites, with the master bedroom featuring a glittering, mirrored walk-in wardrobe, dressing circle and its own Olympic-sized lap pool.

Mr Dotcom began renting the Coatesville house in 2010 at a cost of $1 million a year.

He moved out of the sprawling property last year, when the ongoing cost of his legal battle to stay in New Zealand forced him to downsize to a four-bedroom penthouse on Princes Wharf, overlooking Waitemata Harbour.

The internet entrepreneur is waiting on a district court decision as to whether he should be extradited to the United States.

The FBI wants to bring Mr Dotcom and three other men to the US to face charges of copyright infringement, racketeering and money-laundering over their file-sharing website, Megaupload.

In December, Mr Dotcom and former colleagues Mathias Ortmann, Bram van der Kolk and Finn Batato were ruled eligible for extradition but have appealed against the ruling.

Mr Dotcom ran Megaupload from the mansion, which was raided in the early hours of 20 January 2012 by a huge police contingent including helicopters and members of the special tactics group.

It took four rears for architect Greg Noble's vision to be created yet despite the lavish and luxurious living it accommodates he said it was relatively humble.

"I mean just putting aside its shear size it's still not something that is saying look at me and announcing itself. In that way it's quite humble and respectful.

"I think that's something that makes it quite unique, particularly in this country. It's something we find more commonly in Europe but not so much these days here. We tend to build in a fairly big and smiley way don't we these days," said Mr Noble.

He said the brief was to create a timeless classic, an English country house.

"Central to that is its gardens and the way it sits in its countryside and engages not in an opulent way or a big way but just in a gentle and enveloping way."

The property is being promoted by agents Barfoot & Thompson as providing scope for further development and subdivision under the proposed Auckland Unitary Plan.

"It's already undergone a little bit of development on the periphery, the land on the very edge of the estate. I think it can accommodate some more. I don't think that kind of thing harms the original core and I think they will always hold on to the original core, that's where the value of the property really is for the future," Mr Noble said.

Despite images of the property being spread across media following the raid of then resident Kim Dotcom in 2012, Mr. Noble said it had not effected the character of the place.

"Other tenants that have been there have enjoyed it just as much as the original clients and I think that's its future." 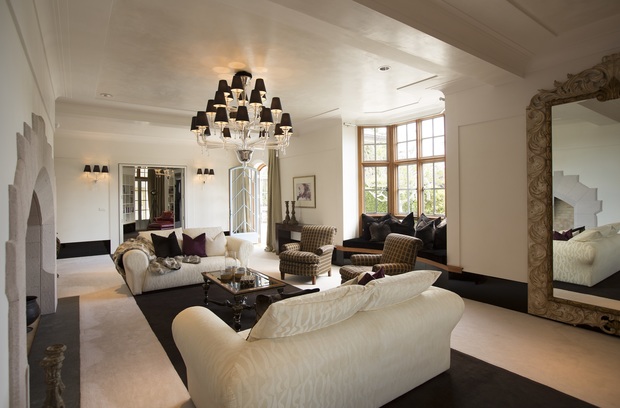