An Auckland businessman who threatened to spike infant milk formula with 1080 wrote an anonymous letter to the police last year saying he wouldn't go through with it. 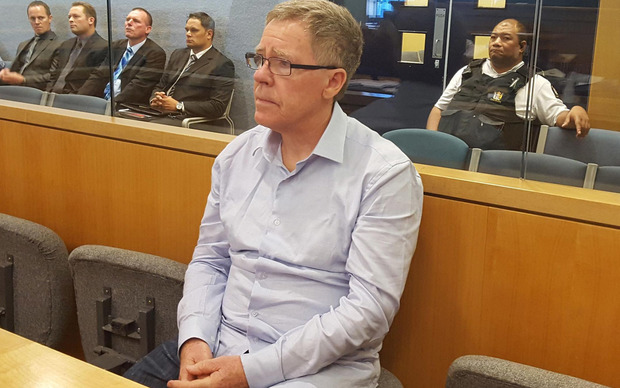 Jeremy Hamish Kerr sent letters anonymously to Fonterra and Federated Farmers in November 2014, in a bid to get them to pressure the government into banning 1080.

In the letter he included a small sample of infant formula laced with 1080, and warned he had contaminated exports heading to China and one other country.

But in July 2015, after being questioned by a police detective, he wrote a second letter retracting the threat.

Both were sent anonymously, but police investigations found his DNA on one of the letters, and a digital copy of the other was discovered stored as a draft on his laptop.

In a police interview played at the High Court this morning, he initially denied writing the emails, but when confronted with police evidence he admitted he had sent both, but said he meant no harm and did not intend to follow through with the threat.

"I've been involved in the industry for so long that you see a lot of things that you know are not good.

Kerr told police he was fed up and angry with the irresponsible way 1080 was being used by the government, and said one day he snapped and decided to write the letter, which he immediately regretted.

He said he had battled "terrible grief" since his wife died, and was in a particularly bad state when he wrote the first letter.

"All I can say is that I've been through some terrible ups and downs in my mental health, and I'm aware of it too, I am now.

"On this particular day, I was so angry. Then I just wanted the thing to go away and get out of my life."

The crown said the threat was financially driven to boost sales of the cyanide-based pesticide Feratox, which the 60-year-old invented in 1993 and had earned $100,000 from annually, although sales had recently been flat.

In the interview, he admitted he also borrowed $20,000 from his mother to pay bills the same month he wrote the letter, but said money was not his motive behind the threat.

The remaining evidence will be presented to court next week, including a full assessment of Jeremy Kerr's asset position.

He will reappear for sentencing at the High Court on 23 March.