New Zealand is expected to follow other countries in making non-fatal strangulation a crime separate to assault, which a US expert says could prompt hundreds of prosecutions.

But just one person, an ex-police inspector, is doing intensive training on recognising and dealing with strangulation, a month shy of the government getting its first-ever recommendation on whether to change the law.

All the research, led from the United States, shows that men who kill women they know often strangle them nearly to death first.

Non-fatal strangulation is one of the best predictors of a future homicide in domestic violence cases.

Matamata retiree David White is well aware of this: his daughter Helen Meads had her larynx crushed by her husband, Gregory Meads, about a year before he murdered her in 2009.

"The only symptom that showed the next morning was that she couldn't speak clearly, it was a whisper," he said. "But physical evidence wasn't there, just a slight bruising."

A doctor's report blamed Meads, but the couple made up and the police were never involved.

"At the moment the best you will get is an assault charge, anything including hitting or anything else, which is nowhere near as horrific as strangulation is. It inflicts immediate submission," Mr White said.

The lack of physical evidence is the key reason why strangling flew under the radar and most countries failed to prosecute it separately, up until landmark research out of San Diego in 2001.

Here, the Law Commission reports to Parliament next month on whether to separate out strangulation in family violence cases as a crime - it wouldn't give RNZ News any hint on which way it's leaning.

The lead globally is from the US, where 44 states have anti-strangling laws, and some harsh penalties - 10 years' minimum jail for a federal conviction.

"What we have seen in the United States is if a victim has been strangled one time, she's 750 percent more likely to be killed," said Ms Strack, a former prosecutor. "The way I see strangulation is that strangulation is the last warning shot."

Her landmark 2001 study in San Diego of 300 strangulation victims sparked the sea change in the US.

But her experience since, at her national training institute, showed that a law change without the money and training to go with it would be a bad misstep, she said.

Ms Strack has put more than 300 people through a four-day training course.

In New Zealand, retired policeman Rob Veale of Johnsonville works on his own - in the last 18 months, running 10 three-hour workshops from Papamoa to Te Kuiti to Greymouth. 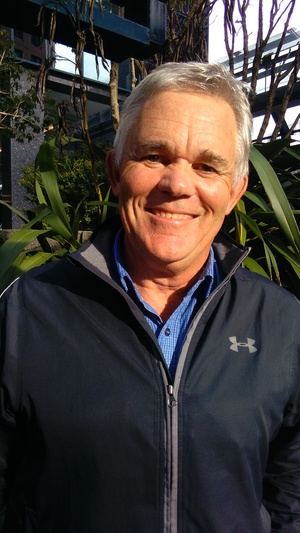 His prediction, if the law was changed and it was still just him doing this, was not encouraging.

"We'll see more reports, we'll see people taken to court, we'll potentially see charges withdrawn through lack of evidence, and victims will become dissatisfied not only with police but with court processes and ultimately with the law," Mr Veale said.

Ms Strack was the person who first inspired Mr Veale and has since helped train him, and she was now offering for her US experts to come here.

"My worry would be what happens when Rob is no longer there to provide that training? Who's going to back him up? And he's only one person. We need to have a multi-disciplinary team of trainers, I can see you need that as well all across New Zealand," she said.

If an anti-strangling law was brought in, she predicted this country could witness hundreds of prosecutions.

In Maricopa, Arizona - population 50,000 - where this occurred, strangulations prosecuted as felonies rather than less serious misdemeanours rose from 15 percent to more than 70 percent.

But not all prosecutions stick, and the key there is training: for instance, of doctors and forensic nurses, to spot internal damage from strangling such as anoxic brain injury or tiny red spots called petechiae - hard evidence that could make a conviction stick.

Ms Strack wished her institute had scaled up training much faster; her goal now in her hometown San Diego, which is akin to Auckland in size, was to have at least 10 trainers.

Here, Mr Veale was not apprenticing anyone to take his place.

"Don't know who else would be looking at it really," he said. "I think the area is too new. I think in the United States they've been looking at this over 10 years, I guess we are at the start of that."

Heather Beddie helped set up a workshop he ran at Papamoa, attended by 80 people. They were curious but, as at most such workshops, largely unaware of just how significant strangulation was.

"It's a hidden tactic of violence," Ms Beddie said. "It's absolutely vital that every agency, every person who has anything to do with any woman who is living in violence knows to look deeper."

The US has got to the stage of having a national advisory team of strangulation experts from police, lawyers, medical workers, researchers and even judges.

In New Zealand, if Parliament backs a law change, then the ball on the budget behind that will be in the government's court.