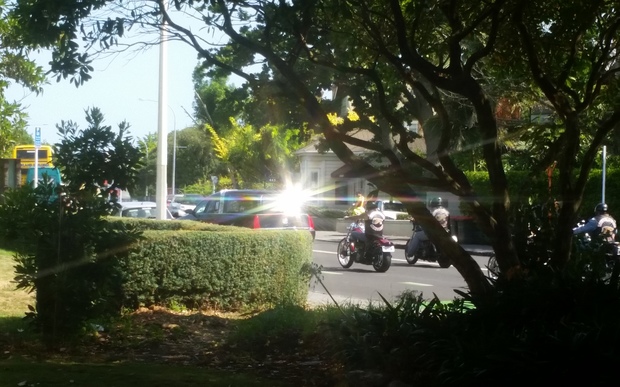 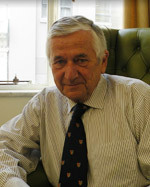 Mr Leary, who was 71, died on Sunday after a battle with cancer.

Today his sister, Caroline Main, told a packed church of a man who even in early life showed he had a sharp legal mind.

She said on one occasion she and her mother picked up young Eb - born Edward Poulter Leary - from chapel, where the children had been learning about Jesus casting out the money changers from the temple. When his mother asked about the lesson, Eb responded he thought the money changers would have a good case after Jesus threw their property around.

Ms Main also referred to the events - including a finding by a Lawyers Disciplinary Tribunal in 1987 that he helped Clark get cannabis - that saw her brother being struck-off as a lawyer. He then went into business, which included owning the Kingfisher Lodge in Northland.

Twenty years later, he returned to the law with the help of over 80 character witnesses including judges, lawyers and crown prosecutors.

Ms Main said, at the time, one member of the judiciary pointed out Mr Leary had spent 20 years out in the cold - more than a murder sentence.

Soon after returning to the law, his diary was choc-a-block with dates, she said.

Ms Main said her brother was dedicated to his clients and once, while on holiday with family at Rotoiti, a call came in the middle of the night. Mr Leary told her afterwards it was from a rooster who had got himself in a bit of strife and he was meeting him tomorrow - a Sunday.

Mr Leary's son, James, said his father had an excellent grasp of the power of language and a fiery underbelly.

He said he was proud that at the age of 61, when most people were thinking of retirement, his father had decided to return to the law.

James Leary said, only last week, his father had to get up, despite being ill, and travel out to Waitakere District Court to represent a client.

Mr Leary is survived by his sons, James and Andrew, and wife, Claudine.