Olivia Carville was working at The Press on February 22 in 2011 and headed out into the streets moments after the earthquake struck. Along with a Press videographer, she described the mayhem and captured the scale of destruction in central Christchurch. 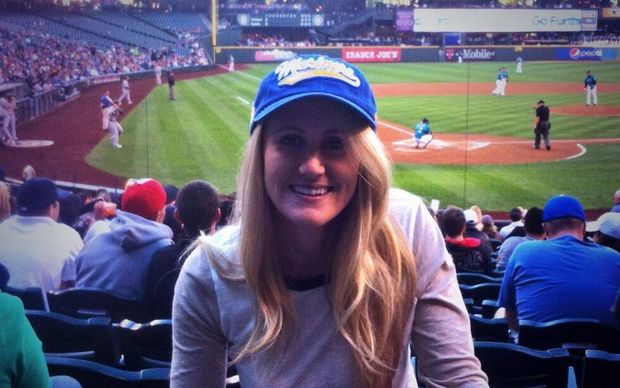 Her reporting showed images of the lifeless and the alive amongst the rubble, buildings with large cracks and fallen facades, rescuers and helpers - but it didn't stop there.

On the one year anniversary of the earthquake she spoke to the families of every person killed that day - all 185 of them - for a special edition of The Press.

Olivia said it was hard to believe it had been five years since the quake.

In 2014 Olivia left New Zealand to go and work in Canada at the Toronto Star. Last year's anniversary of the quake was the first time she wasn't required to report on the event - but she penned a piece about her experience which ran on the front page of her new paper.

"I remember just sitting down at my laptop at midnight and I just felt I had something to say.

"I'd already thought about it so much in my own mind and it just came out."

While Olivia used to hate watching the video she helped create on the day of the quake, she said she's glad it exists because she doesn't want to forget what the day was like.

Speaking about whether trauma could spark growth, Olivia said the unexpected loss of her father prior to the earthquake meant her post traumatic growth came before the quake happened - not after.

"There was madness on the day of the quake, but I felt quite calm.

When Olivia began at the Toronto Star she worked as an intern and said she did the hard yards for a year.

She ended up on the paper's investigative team and wrote an indepth piece on human trafficking.

She focused on women in the sex trafficking industry, speaking to women who had been trafficked, as well as pimps and cops.

One of the women she spoke to had been trafficked for four years, and estimated she earned $1 million.

However, she never saw a cent having handed over all of her earnings to her 'Romeo Pimp'.

Olivia said the pimps involved in 'The Game' were hugely calculated, wooing girls before eventually forcing them to work.

Olivia's investigation and follow up stories received more than 300,00 online page views, and received attention from the Premiere of Ontario, who conceded not enough had been done to combat sex trafficking.

Olivia has since returned to New Zealand and is now working as an investigative reporter at the New Zealand Herald.