Artist Barry Brickell, one of New Zealand's most important ceramicists, has died at the age of 80. 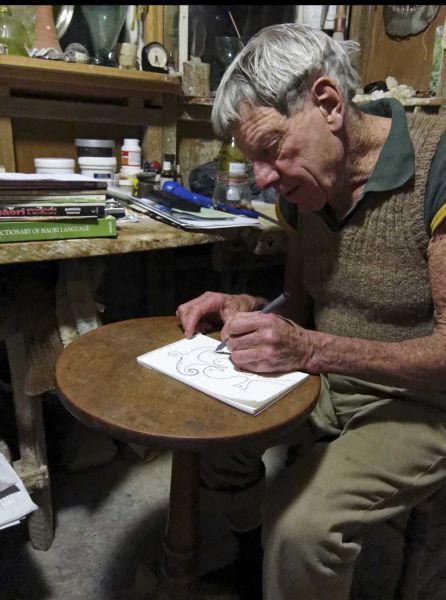 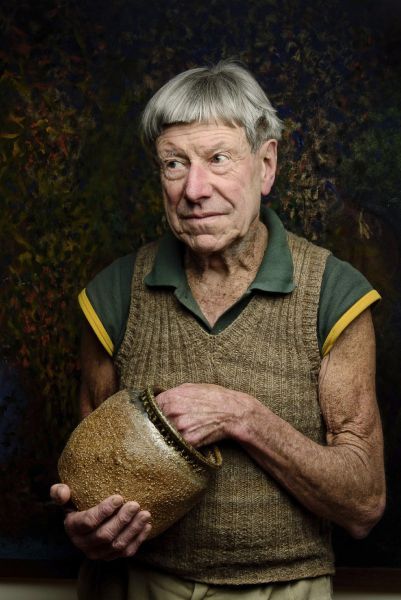 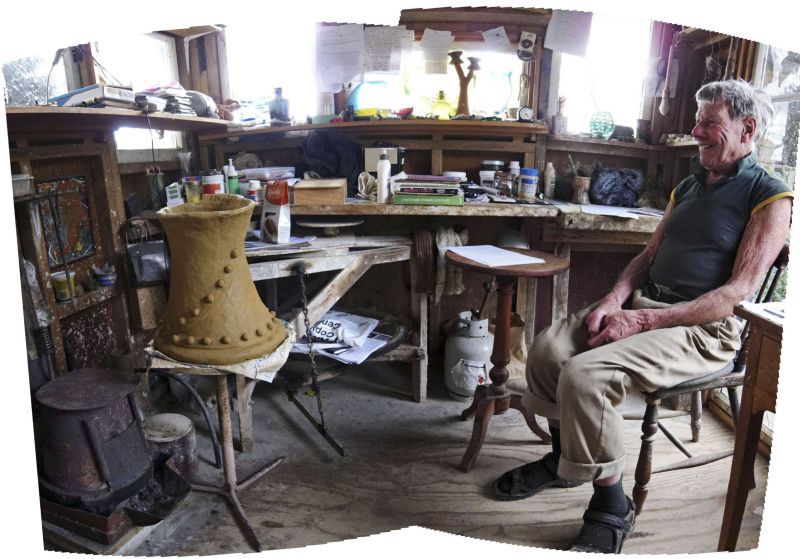 Barry Brickell and a new work in his studio/office Asylum, Driving Creek. Brickell’s ‘Stradivarius’ pottery wheel can be seen in the background. Haru Sameshima photograph, 2012 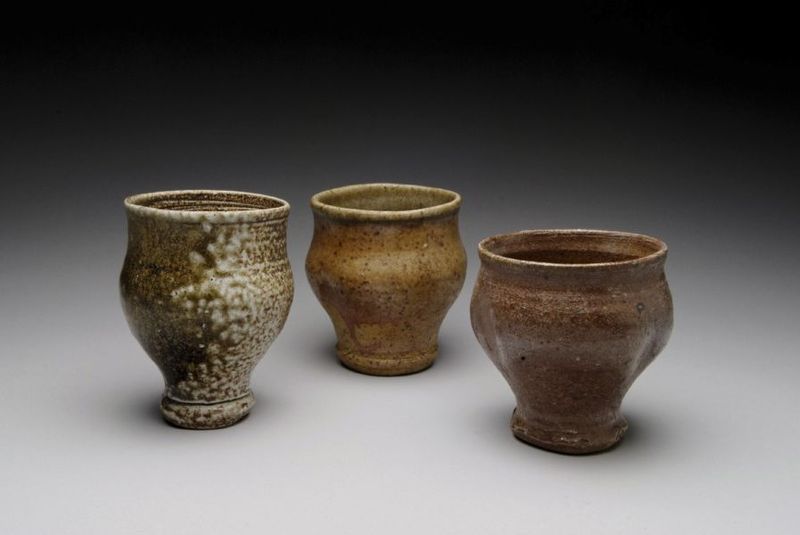 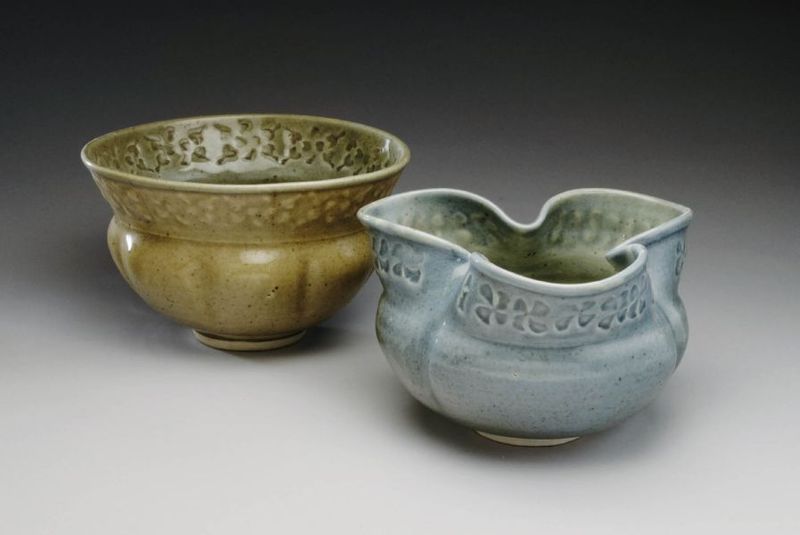 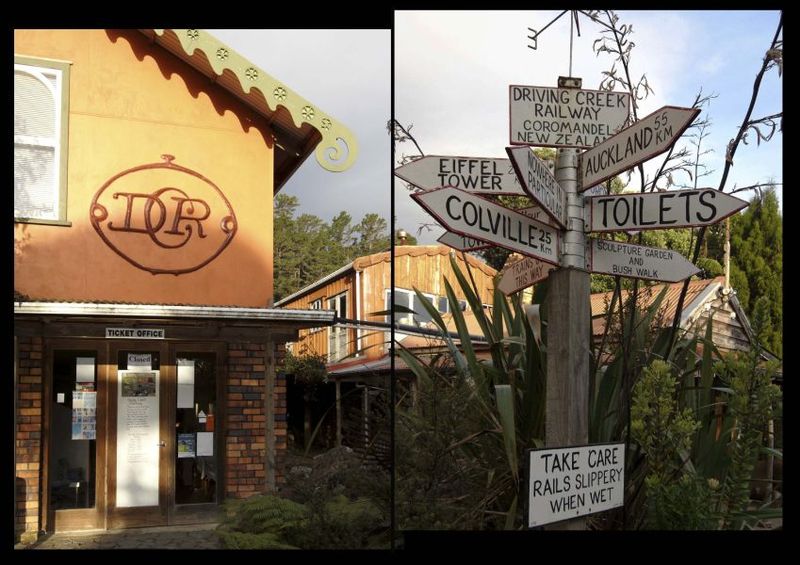 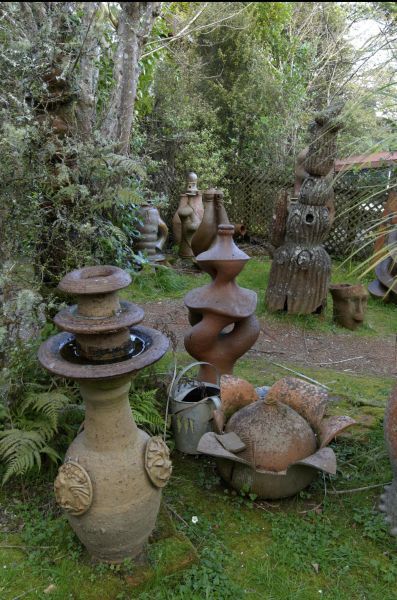 Sculpture garden from the section on Energy and Twisting Forms. 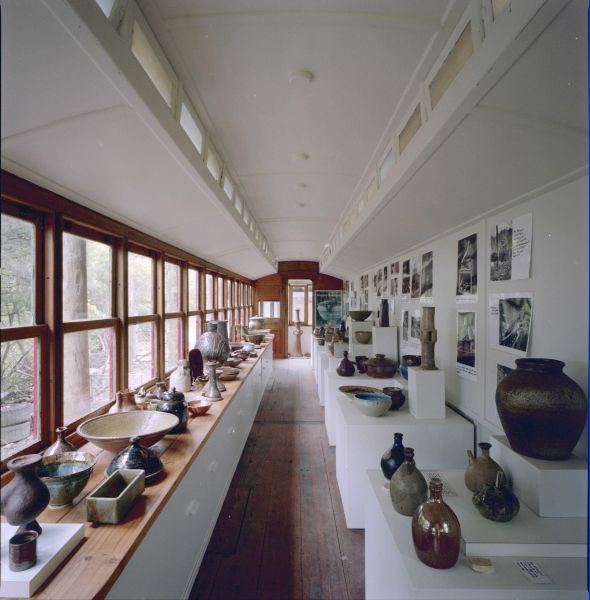 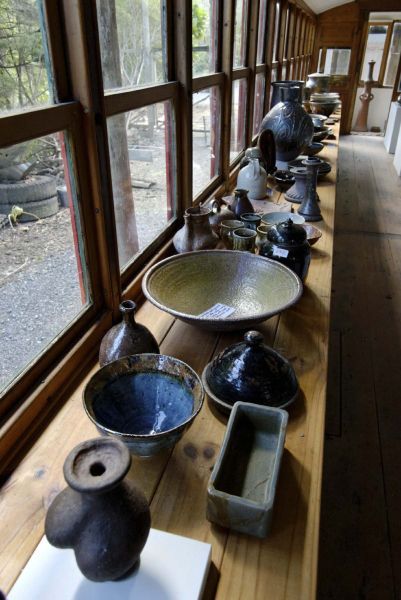 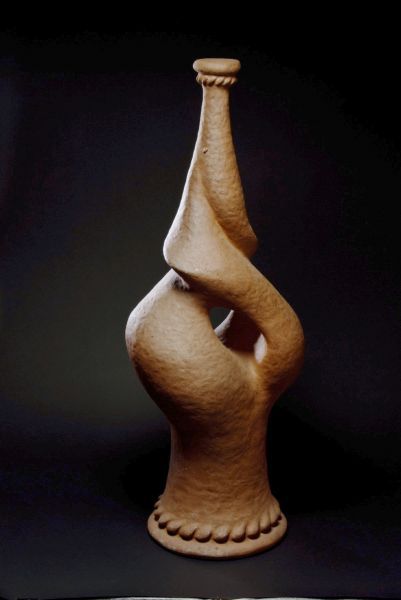 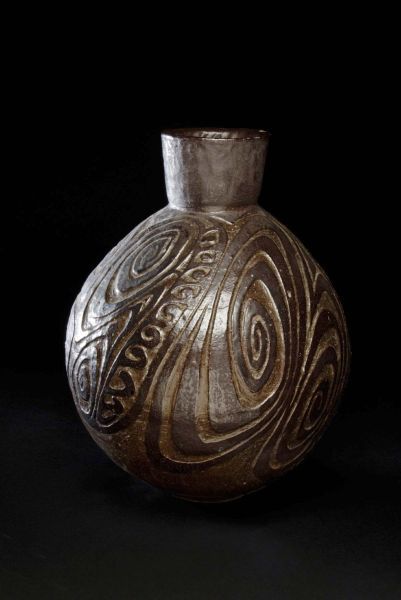 Indigeneity of the South Pacific. 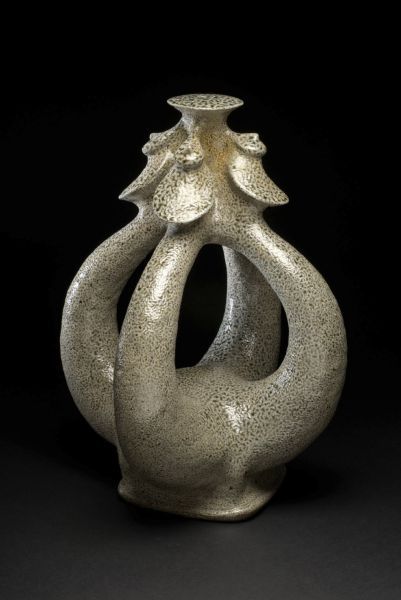 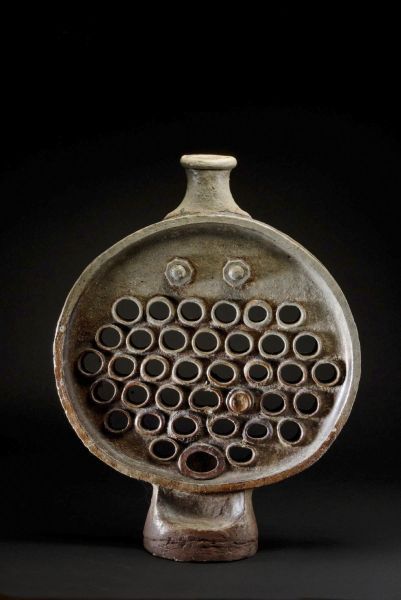 Potter, artist, conservationist and railway enthusiast Barry Brickell moved to the Coromandel to teach high school in the 1960s.

But less than a year later he abandoned teaching to set up a pottery studio and kiln on a property in Driving Creek, north of the town of Coromandel.

Fifty years later he had become one of New Zealand's most celebrated ceramic artists and had restored hectares of native bush and created a wildlife sanctuary.

Most famously he spent 33 years building the Driving Creek Railway - a popular tourist attraction that has now carried close to 1.25 million passengers.

The artist has been described by others as a visionary and described himself as a railway crank. The train track climbs up the side of Brickell's bush covered property to the whimsical "Eye Full Tower" at its summit. It was initially constructed to bring clay down to his studio from the higher reaches of his property.

Interviewed by RNZ's Spectrum programme last year he said he was an advocate for railways, and what excited him about them was the beauty of construction.

"Roads are crude engineering compared with railways. The engineering in the landscape, the curvature and the gradients have to be very carefully considered."

He said a "spindly" viaduct in a rugged landscape was in his view a beautiful artwork.

Brickell has created and sold thousands of pieces of pottery, including clay artworks such as sculptures and murals, written several books, and painted numerous works of art, some of which he exhibited in his own art gallery.

As a child he said he hated sport, and later did not fulfil his father's wish that he had a proper, conventional career.

"First of all forestry and then teaching - both of which were a disaster."

At university he was intrigued by geology and botany, a degree in which made him employable as a secondary teacher.

"I chose Coromandel High School as I had in mind living in Coromandel for the rest of my life being a full time stoneware potter."

He only left teaching in 1961, which he said was a blessing for both the school and him.

He did teach botany and geology but instead of teaching the curriculum he said he taught extra curricular subjects such as local, indigenous history: "What's around the kids - what they need to know about to live here in this country and get the most of it."

"I've always been an outsider in everything I've done," he told Nine to Noon in 2013. "And that's on purpose, so that I can concentrate on what I want to do without external interference."

Shucking off the shackles of convention, Brickell transformed his land into a massive native forest restoration, planting hundreds of thousands of mainly kauri, podocarps and rewarewa.

He said the artist brought a tremendous creative drive to everything he did, not least the railway.

"Rail has got to have a constant gradient, you can't just have it where it's steep as steep as steep," Mr Leach said. "So Barry actually designed this ... measure of thumb and surveying, and laid it out to get the right gradient, and little bridges criss-crossing over - one under and one over the top - to keep that gradient rolling."

Opened to the public in 1990, the Driving Creek Railway is now a major tourist attraction.

Mr Leach said Brickell was also deeply involved in many community projects, such as providing milk to students at Coromandel Area School, where a memorial service will take place on Wednesday.

Brickell had most recently been working on a project to build an extended pier - up to 1.2km long - in the now silted up Coromandel Harbour, so an all-tide fast ferry service could run to and from Auckland, and a floating marina could be built yachts.

A business case has been presented to Thames Coromandel District Council for the project, which would construct the longest pier in the country, allowing boats of up to 2m draught to berth in all tides. Estimated to cost about $18 million, it would have access for vehicles and pedestrians - and of course a narrow gauge railway.

Alison Carter of the Railway Arts and Conservation Trust said Brickell was the last survivor of a pioneer group of potters that included Len Castle, Mirek Smisek and Peter Stichbury.

She said he became a fulltime potter in 1961 and later a sculptor in clay and coiled pottery, receiving official recognition for his work many years later when he was awarded an OBE for his services to pottery.

He bought the 24 hectare property at Driving Creek in 1973 for its terracotta clay, exciting terrain for a zigzag railway, which combined with sweeping views over the Coromandel Harbour, she said.

Ms Carter said Brickell was passionate about steam and rail, early industrial sites, engineering, and geology. He was immersed in New Zealand history and had a keen interest in Maori culture and native flora and fauna.

"To the people of Coromandel, Barry was their most loved character: eccentric, full of new projects and generosity of spirit. His arrival in Coromandel bought artists, potters and writers to the town and helped to make it what it is today.

"Barry will be buried on his own land. He will travel to his final resting place half way up the mountain on his famous elephant train, built early in his career to bring terracotta clay and wood down to the potteries."

David Craig co-wrote the book, His Own Steam. The Work of Barry Brickell, which coincided with a major retrospective of the artists work at five centres around the country in 2013.

Mr Craig, who spent time with Brickell at his studio in Driving Creek on the outskirts of Coromandel Town, said he had incredible energy.

"He was a bit of an old tuatara on the outside, but inside was this incredible energy system, you know the energy that Barry of course referred to as his steam."

Mr Craig said while many artists and potters arrived expecting to find a retreat, they were put to work building a railway to bring clay down from the higher reaches of his property to his studio.

A private funeral service for Barry Brickell is to be held on Tuesday. 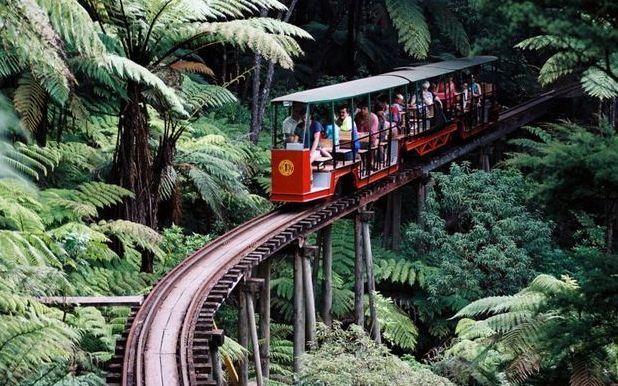 The mountain railway in Coromandel. Barry Brickell began laying the tracks in 1975, shortly after he established a pottery workshop on a corner of the 22ha block of land he bought two years before. Photo: SUPPLIED / Driving Creek Railway

RNZ features and interviews on Barry Brickell's life and work.