There's scepticism from some Auckland state housing tenants over a proposed payment to move to the regions.

The government is looking at cash incentives to get Housing New Zealand tenants to relocate.

The offer would include covering relocation costs as well as a one-off incentive payment.

The offer did not appeal to Housing NZ tenant Sue Sanerivi, who said she had pick Auckland over anywhere else.

"The jobs are here, the technology, children's education, and yeah, the people. I think they should just build more houses, there's heaps of land.

She said pay incentives, such as the $3000 offered in the Christchurch scheme, would disappear in a matter of weeks if the regions could not provide jobs.

"That's ridiculous, 3000? More like three million. Where are they going to get the money from? I think it's a waste of money."

But with more than 2000 people on the waiting list for urgent state housing in Auckland, State Housing Minister Paula Bennett said the government needed to do all it could to get people into homes.

Ms Bennett said there were empty houses in other parts of New Zealand.

Toa Quensell - who lives in a state home in Otara - said she would not consider getting up and moving, even with financial incentives.

Miss Quensell has lived in the area for over 20 years.

"We've got all our families around, our kids around and we don't see how we can leave them here and move down. We're close families and we stick together.

"My husband's got work here, my boys have work here," she said.

"We're worried that if we move down there, how do we get a job and start again? We've been here awhile and have got used to the place."

Mayor Len Brown said considering how fast Auckland was growing, it was a good idea for people to look elsewhere for cheaper housing.

But he shared Miss Quensell's concerns that there may not be enough jobs available for state house tenants once they moved.

The Salvation Army warned people who opted to move they could find fewer services in their new home town.

"If people were sent down here who were looking for services that were available in Auckland, they won't find them here. We've got very basic services available."

However, the proposal did appeal to some tenants. 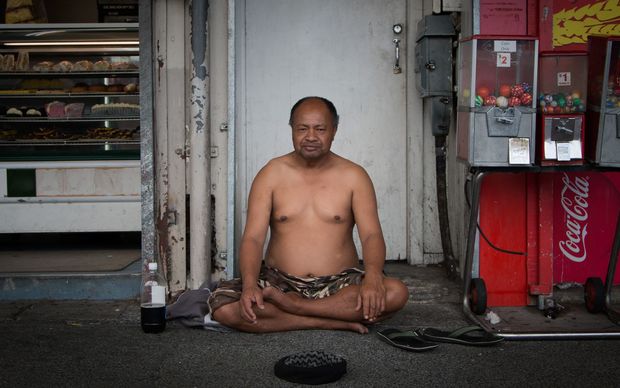 Cedric Leaso, who is moving into a housing New Zealand home next week, pictured in Otara. Photo: RNZ / Tom Furley

Cedric Leaso is set to move into a Housing New Zealand home next week, after staying with his relatives.

He said he'd consider moving out of Auckland if he was by himself.

"I'd rather branch out and see new areas in New Zealand rather than staying cooped up in the same place all the time. There are too many people packed into Auckland they need to spread out.

"If Paula Bennett is going to do what she says, then good on her. I hope it works out. That's another hand providing service for the people.

"The needy around here, if they need the place good on them."

He said with current rent prices it was hard to survive.

"It's not good, barely survive off the benefit."

He said with many families settling here, there was not enough opportunity.

"South Auckland's down, we need that kind of help."