REVIEW: Hours before the debut of Checkpoint with John Campbell, the host told Morning Report it would be simply "radio you could watch" and he knew most people would be listening on RNZ National and not see any of it. 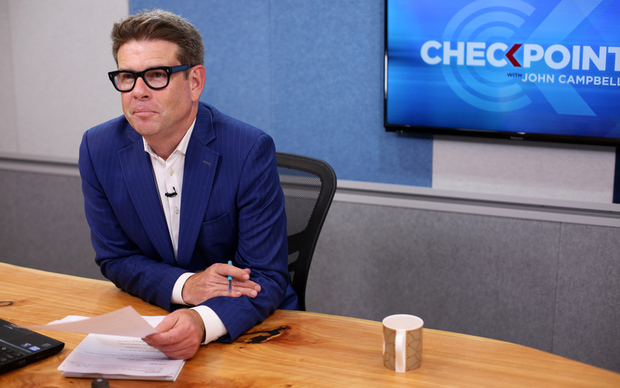 The debut show lived up - or down - to those promises.

There were no gimmicks, and some wires and strings were in full view. There was no make-up or fancy outfits and no bombastic TV-style theme music.

Unlike the launch of the Paul Henry Show by broadcaster Mediaworks last year, there were no overblown claims of a "world first" in broadcasting from a costly set which "deconstructed broadcasting" and incorporated a "social media bunker".

Two of the top stories showed that the visual element - though integral to the new show - didn't call the shots.

The tour boat burning off Whakatane was covered with a non-telegenic interview with eyewitness Rob Hamil, and John Campbell interviewed tennis correspondent Dave Luddy about claims of corruption in top-level tennis making headlines around the world, even though there was not so much as a still photo of him to dress up the screen.

For a show being watched on TV and and streaming in video online, it must have been tempting to summon a warm body such as RNZ's sports editor Stephen Hewson (who appeared later to talk about cricket down the line from Wellington) but Dave Luddy is the tennis expert RNZ listeners are used to hearing from, and he was in Melbourne where the news shocked those preparing for the Australian Open there.

News-wise, it was the right call.

But a video-driven report on Auckland's Stanley Street tennis venue which followed wasn't. It lasted nearly five minutes and revolved entirely around the grievances and opinions of one person - Tennis Auckland's chief executive. A traditional Checkpoint report would have canvassed more opinions and covered other aspects of the story.

On Monday's Morning Report, John Campbell wouldn't tell Guyon Espiner what his show had in the bag in the way of a launch-day scoop.

But not long after, an excerpt from his exclusive interview with Jonah Lomu's widow Nadene appeared online, sparking stories in the media about her fruitless effort to give him a kidney.

When the full 10-minute interview aired - and streamed - later, it was a departure for Checkpoint and its traditional diet of short, sharp hard news. It was more like an interview on Nine to Noon or John Campbell's former TV3 show Campbell Live.

More news stories followed from it focusing on revelations about the Lomu family's finances, and the video and audio alike were compelling, but there was no scoop of major political or social significance.

The programme has been months in the making, during which John Campbell himself has produced 'First Person' podcasts probing interesting issues such as low wages and how tech giant Apple pays little tax here. Both of those could have made strong Checkpoint reports.

On opening night, John Campbell did flag upcoming coverage of issues including the TPP and family violence, so more crunchy stories may be just around the corner.

Politicians were conspicuous by their absence on the first show too, though at this time of year it's a bit early for that. But with TV1 and TV3's nightly current affairs shows now unwilling to put politicians on the spot in their studio any more - something John Campbell did doggedly on his former TV3 show - we can hope Checkpoint with John Campbell will get our politicians to front up in future.

RNZ has also insisted people and issues in its strongholds of Auckland and Wellington won't squeeze out stories from the regions. Andrew McRae's broadcast from a charity barbecue in Tokoroa and a live video interview with a mother in Carterton followed through on that.

However, coverage of that burning boat emergency off Whakatane may well have been better if RNZ still had a reporter in nearby Tauranga. The RNZ office there was closed last year. 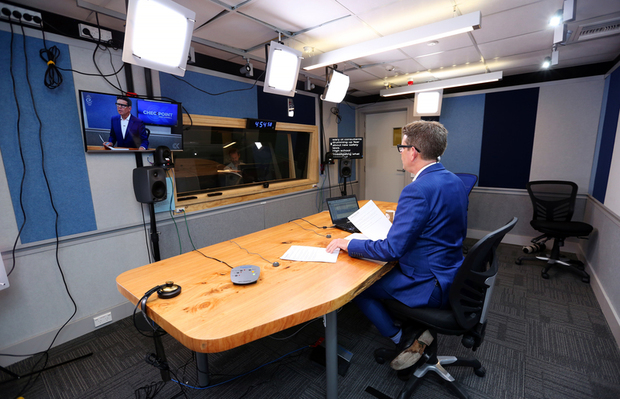