A cannabis spray has been providing relief and improving the coordination of a Carterton girl afflicted by the motor neuron illness, ganglia necrosis. 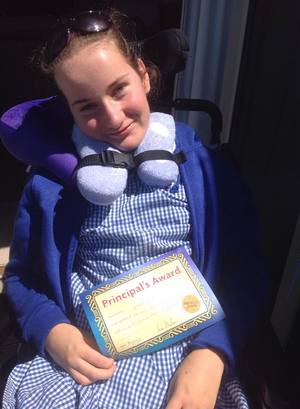 In New Zealand, special approval is required for its use.

Former Council of Trade Unions president Helen Kelly, who has lung cancer, has been fighting to get medical cannabis to help with pain relief, because using morphine makes her sick.

Carterton girl Grace Yeats was 13 when she became ill with severe ganglia necrosis.

Her mother, Tracy Yeats, told Checkpoint with John Campbell that she obtained ministerial approval for her daughter to use the cannabis spray, Sativex.

She said it had made a big difference to Grace's life.

"It's the relaxing, the relaxing of her muscles. She had gained more movement in her hands and her arms. She will never have that movement back in her legs, they've just contracted and are pretty much stuffed.

"So to get movement back in her arms and hands is huge," she said.

Ms Yeats said it did not sound like much compared to what she had, but it was pretty significant.

"She's throwing balls, she's trying really hard to catch balls, passing, catching, and the other day she asked for eggs on toast and she ate the whole thing, so she has done that four days in a row now," she said. 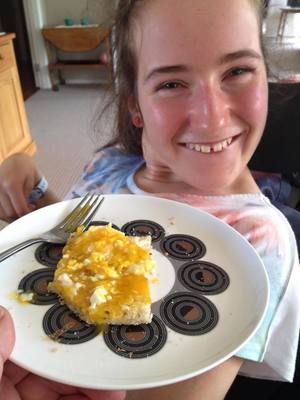 Ms Yeats said Sativex costs $1100 for one months supply by a pharmacy.

"It's been pretty amazing, the first couple of prescriptions have been paid for by the money left over by the initial fundraising for Grace - the Grace Yeats Trust.

"Then a charity called 'One-Dollar Warriors' has taken us on and the other day they ran a page on 'Give a Little' and have already raised enough for two years of Sativex for Grace, which I'm truly grateful for."

Grace's mother said she had no-idea where she would have got the money from, if not for the charity fundraising.

"I can't speak highly enough of 'One Dollar Warriors' as it did leave me in a very awkward place," she said.