In an increasingly cashless society and a crowded fundraising market, is the shake of the charity bucket destined for the history books? 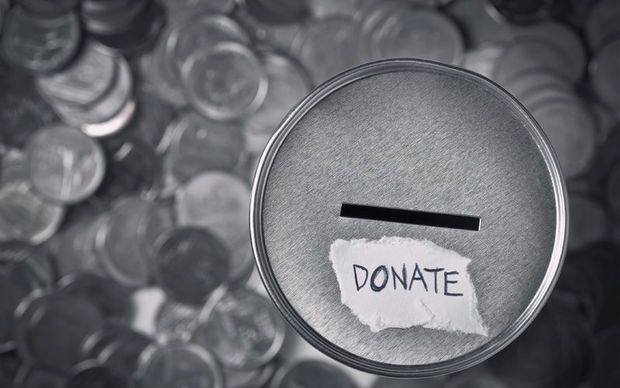 Surf Lifesaving New Zealand warned after its recent annual appeal that if public funding keeps falling, it may have to reduce the number of hours lifeguards spend on beaches because public donations have fallen substantially.

Senior executive Matt Warren said it had been attracting about 20 percent fewer donations each year for the past three or four years.

"It's just as less and less people are carrying money on them and more and more we've got to turn to online options," he said.

However, for the country's 25,000 officially registered charities to stay in the game, they were having to adapt their street appeals to a cashless society and find easier and different ways for donors to give.

"It is harder because people don't have cash but charities are working very hard to make sure they have the electronic alternatives. A lot of them have apps, they're not always as user-friendly as they should be, but they will be getting there."

Salvation Army public relations direction Shane Chisholm said it remained committed to its street appeal but it was just one tool in its fundraising strategy box.

It trialled mobile eftpos machines to overcome the issue of people not having cash but with limited success.

"One of the fundamental aspects of a donation on a street appeal is that it's quick and efficient for the donor, and using the eftpos machine is a little bit of a timely activity, and so we're on the hunt to look for something that might be a little bit quicker and easier to use to create an electronic transaction."

"It's about the Salvation Army having a presence and the opportunity for our representatives to be on the street, so along with the fundraising there's a benefit in just being out there and being seen."

IHC ended its bucket appeal around 10 years ago, saying people had less change and, along with its door-knocking campaign, it noticed people were not giving as much.

"We began to think about what we need is to have a really long-term relationship with our donors so that people giving to us understand what we do, understand what they're doing with their money, feel committed to our organisation, and committed to giving to people with intellectual disability. That can't happen with just a gold coin on the street."

IHC has 17,000 people who give every month through its Smile Club and it focusses its fundraising and volunteer programmes more on community-based activities.

Ms Stewart said changing technology was the key to the future of street appeals.

"Street appeals will occur but they will occur in a different way. There's been overseas work done using posters in which you flash your card by and you automatically give a donation because there's a code on it which does that.

"The way in which the new generation will give, they may still give in a way which is equivalent to the street appeal, but it will be through these other, more modern ways."

Mr Austin said in the future we could see more clipboards and little machines rather than buckets but, at this stage, we certainly have not seen the last of the bucket collector.