It's impossible to describe to someone who wasn't there just what it was like to be 11 years old in 1973 and to encounter David Bowie's Aladdin Sane for the first time. 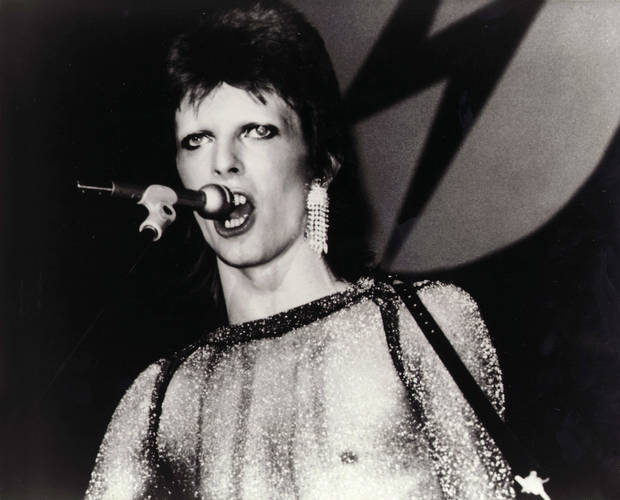 Bowie's Ziggy Stardust album had made him a rock star. Photo: AFP / Kobal / The Picture Desk

One's personal musical history is always a story of timing and chance, and mine involved being in an intermediate school class with a girl whose own tastes - or more likely her older sibling's - were right on trend. Thanks, whoever you were.

Even before I'd heard the record I was transfixed by the album cover - I don't need to describe it because it became so iconic you've pictured it in your mind's eye already. At that age one isn't necessarily aware that one is waiting for something to happen, so when it does happen, you're doubly surprised and it is doubly memorable. That was David Bowie if you were in form one at Remuera Intermediate School in 1973.

Aladdin Sane was his first record as a genuine rock star. The previous album, Ziggy Stardust, had made him one, and the follow-up was largely written during the 1972 tour of America supporting that incredible breakthrough.

In hindsight Aladdin Sane is probably a lesser album than Ziggy Stardust, but if you were 11 and you'd arrived at the party just as it got going you didn't know that. You only knew that this was what you didn't know you'd been waiting for. 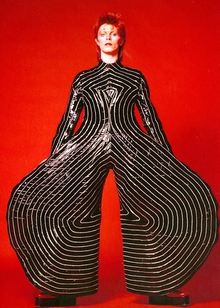 It's a jagged, neurotic, confusing and impressionistic album - possibly not the ideal introduction to the artist's work. But you don't get to choose these things; they choose you. What we would have done to see Ziggy on stage …

When I think of David Bowie now I think of how lucky I was to discover rock and roll music at the beginning of the 1970s - early enough to figure out what had come immediately before, and late enough to still be a teenager when punk arrived to reinvigorate the whole thing before it suffocated on its own pretentions.

Bowie opened our eyes as much as our ears. He was just so insanely glamorous, so original and so daring. He had different coloured eyes! In Auckland, in the suburbs, in the seventies, that was quite a lot.

Quite quickly we unearthed the back catalogue - not just Ziggy and Hunky Dory, but the novelty of The Laughing Gnome single - which, despite its essential naffness, still betrayed the hand of a master ironist at work. I also became a huge fan of Bowie's long-time collaborator and wonderful guitarist Mick Ronson, without whose genius none of those seminal records would have sounded like they did. It was just a great big pre-teen love affair, basically.

And then - timing again - Bowie "retired" the Ziggy persona just as I'd got to know him, not long after Aladdin Sane's release. Like any jilted lover, I was hurt and confused. It was only years later that I would see it had all been for the best. Pinups and Diamond Dogs kept me interested, but I was too young for the sudden sophistication of Young Americans. Bowie had moved on and I had to learn to keep up.

Nowadays Young Americans is one of my favourites of Bowie's stages, and I was lucky enough to see him live in 1978, after the Station to Station, Low and Heroes albums, when he broke attendance records at Western Springs stadium.

The show featured an austerely impressive neon-lit stage and an incredible stereophonic sound effect of a train racing between the speaker stacks. Apart from having my mind blown, I also began to appreciate who and what Bowie had become since our brief but intense infatuation some five years earlier.

Much was yet to come, of course - not just for Bowie, either. When my children were little I made sure they were exposed to the pick of Ziggy Stardust, Aladdin Sane, Heroes and all the rest. My daughter sang along to Starman in a baby seat in the car. Nowadays she listens to Kendrick Lamar and Lana Del Ray, but she still loves Labyrinth. My work is done.

There will be so much written over the coming days about the "enigma" and the genius of Bowie. As there should be. But when the news of his death broke I was immediately transported back to a classroom filled with children in school uniforms, earnestly discussing the merits of Watch That Man and Lady Grinning Soul. I was a lad insane again. Like pretty much everything Bowie has done, I never saw it coming.