ANALYSIS: The future looks bleak for pioneering Australasian electronics retailer Dick Smith, after it was put into receivership on Tuesday when its banks pulled the plug and refused to keep it afloat amid weak sales. 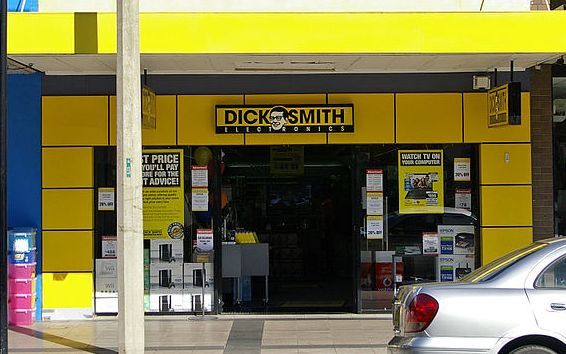 The company's 393 stores in Australia and New Zealand are trading as normal, for the time being at least, but receivers Ferrier Hodgson have wasted no time putting out the "For Sale" sign.

"We are immediately calling for expressions of interest for a sale of the business as a going concern," said one of the receivers, James Stewart.

The receivers have been loath to explain why the company is in its current financial position, saying only it had become "cash constrained in recent times", but there has been no shortage of reasons put forward by others.

Asset management company Forager Funds Management has pointed the finger squarely at private equity company Anchorage Capital, which bought Dick Smith from Woolworths in 2011 for A$115 million, stripped out costs and gave it a financial facelift before selling it through a share float in 2013 for A$520 million.

"The private equity group has pulled off one of the great heists of all time, using all the tricks in the book, to turn Dick Smith from a $10m piece of mutton into a $520m lamb," he said in a report at the end of October last year.

Among the "tricks" used was writing down the value of stock and then selling it, and not restocking, which produced a substantial boost to cash flow and, along with other cost savings, made the company look financially attractive.

But questions are also being asked of the company's management.

Having been left with little stock after the Anchorage ownership, the company had to restock the shelves, which it financed by borrowing.

By all accounts it carried too much of the wrong sort of products, such as accessories for outdated or unpopular gadgets, while moving increasingly to Dick Smith house branding of many products such as televisions, monitors, earphones, and batteries.

It also started work on expansion plans, with ambitions to add another 25 stores in the coming year.

In October and November the company's board admitted to weak sales, tight margins, tough competition, and too much stock.

It downgraded its profit forecast and wrote down the value of stock, which forced it to engage in what has been called a suicidal bid for survival - fire sales at bargain basement prices ahead of Christmas.

The gamble clearly failed. December sales were below expectations and when Dick Smith's banks refused to give it any more credit, the board had nowhere else to go.

Forager's chief investment officer Steve Johnson has suggested the bank's move to appoint receivers after the Christmas-Boxing Day sales rush was a shrewd and calculated move.

"It seems counter-intuitive that a retailer could file for receivership at the high cash point of the year.

"But, if you are the bank and you have the ability to force the situation, there is no better time. Stop the clock today and the cash will end up in the banks' coffers," Mr Johnson said in a blog.

For now, it's business as usual, but going on recent history that means not enough customers and too little profit on each sale, which the receivers won't tolerate for any length of time.

The New Zealand operation, with 62 shops, is said to be profitable and an attractive proposition. 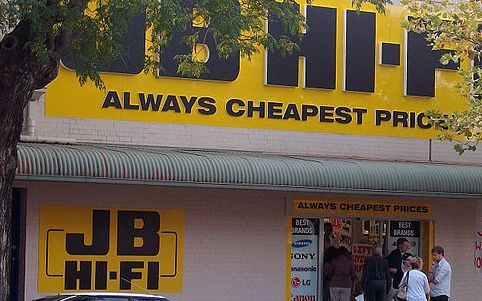 However, the company's last report showed New Zealand sales falling nearly 7 percent, margins under pressure, and an annual profit down nearly two-thirds on the year before, at a little over $1.0m.

A retail analyst at Forsyth Barr brokerage, Chelsea Leadbetter, said in a report on the sector in mid-December that there were too many consumer electronics retailers in New Zealand.

"Noel Leeming is the market leader in New Zealand, however the category remains highly competitive and margins are low," she said.

Noel Leeming, owned by the Warehouse, has more more than 70 stores but its profits were nearly halved last year, although they remained a healthy $6.4 million.

Other heavyweights are Australian-based JB Hi-Fi and Harvey Norman, both of whom have solid home market bases.

In addition there are a host of online sellers at home or overseas offering every conceivable electronic product, and for the time being offshore buys still enjoy a tax advantage.

For now, consumers may benefit from cheap prices for as long as Dick Smith holds on, although those unlucky enough to hold Dick Smith gift vouchers or who have goods on layby will find themselves at the end of a long list of unsecured creditors.

It's hard to see any of the established retailers wanting to pick up Dick Smith as a whole. They might cherry pick better-peforming stores in locations they are not already present in, but more likely they would be content to take Dick Smith's customers.

Nor are there likely to be any retail white knights riding to the rescue.

The Pascoe Group, best known for its jewellery businesses, came to the rescue of the Farmers department store chain in 2003, and was the saviour of the Whitcoulls bookstore chain in 2011. But it would seem a big stretch for the group to venture into the shark infested waters of consumer electronics.

The retail sector is littered with the casualties of changing market trends and fickle consumer tastes.

The most recent and highly publicised was outdoor goods retailer Kathmandu, whose shares slumped after its profit was more than halved forcing a restructuring, including job losses and closure of its loss-making British stores.

In 2014, clothing retailer Postie Plus Group hit a hole of falling sales and a botched expansion which led to it being put into administration and eventually sold to South African investors Pepkor.

Children's clothing retailer Pumpkin Patch has similarly struggled and currently survives courtesy of its bankers as new management tries to turn it around.