Bad baby names such as Royahl or Superintedent are rejected by the Department of Internal Affairs every year, but hundreds of parents also have second thoughts and change them before the baby becomes a toddler. 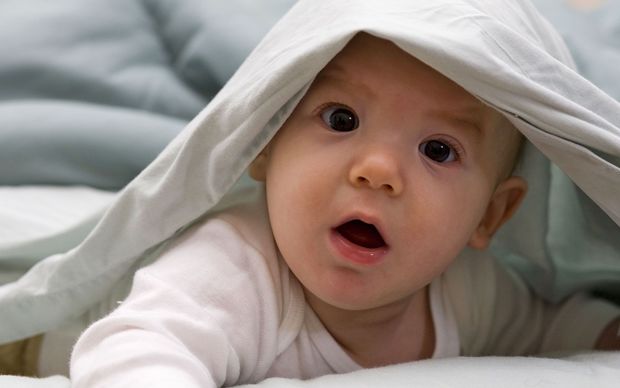 Registrar-general Jeff Montgomery said there were several reasons for declining a name:

Mr Montgomery said about 60 names a year - or about 1 percent of the names registered - came to his attention.

"If I'm considering a title or an official name and it's a middle name, I'll often approve that," said Mr Montgomery. "So if someone was to call their baby Mary Jane Princess Smith, I would probably allow that, but I wouldn't allow Princess Mary Jane Smith."

About 85 percent of names were now registered online, according to Mr Montgomery.

But even if baby names were cleared by Internal Affairs, they still might not be for life, with hundreds of parents of babies having second thoughts every year.

John Cowan, a spokesman for support organisation the Parenting Place, said the names of more than 600 children every year were changed before they turned two, as parents realised they had made bad choices, with names such as Wolverine, Hewlett Packard and Isis.

He said if parents were using their infant's names to send a message to the world, there might also be concerns about other aspects of the child's welfare.

In 2008, The Family Court ordered a name-change for a Taranaki girl whose parents called her "Talula does the Hula from Hawaii". The girl's birth had not been officially registered, and the judge ruled the name made a fool of the child and gave her a social disability by leaving her open to ridicule and suspicion.