A convicted paedophile deported to New Zealand from Thailand was met by police and has provided them with the address where he will be living. 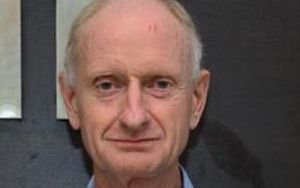 He was deported from Thailand, where he was under investigation for child sex offences.

Walbran earlier spent two years in an Indonesian jail for raping boys as young as eight over a nine-year period.

Sensible Sentencing Trust spokesperson Scott Guthrie said because Walbran's jail term ended more than six months ago, he was under no obligation to tell the authorities he was back in New Zealand.

However police said they met Walbran at the airport and he provided them with the address where he will be living.

They said because Walbran was not convicted in the country he was deported from, they were seeking further legal clarification on whether any conditions apply to him under the recently-passed Returning Offenders Act.

The supervision regime in the Act applies to returning offenders who were sentenced to more than one year in prison in another country, return to New Zealand within six months of their release from custody overseas and were imprisoned for behaviour that would be an imprisonable offence under New Zealand law.

Mr Guthrie said part of the law that deals with offenders who return to New Zealand protects serious criminals and should be repealed.