The government needs to explain how a serial child rapist was able to apply for and travel on a New Zealand passport, an organisation working to stop the sexual exploitation of children says. 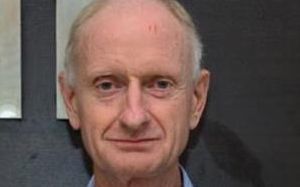 Peter Dundas Walbran, a dual Australian-New Zealand national, arrived in Auckland yesterday after being deported from Thailand, where he was under investigation for child sex offences.

He had previously been jailed in Indonesia for two years for raping boys as young as eight.

Child Alert New Zealand chairwoman Sandy Thompson said it was shocking that after being deported to Australia last year, Walbran was able to get a New Zealand passport and land a job at a Thai school.

"It just really concerns me that somebody can travel through countries like this with a background like his and nobody knows about it, and it takes a few individuals outside of the authorities to take an interest to actually track him down and bring it to the public's attention to ensure the safety of young children."

It was ex-Melbourne policeman Glen Hulley, from the organisation Project Karma, who hunted Walbran down at a school in northeast Thailand and alerted authorities.

This case and that of paedophile murderer Phillip Smith, who was able to obtain a passport while in prison and flee to Brazil, suggested there were "not enough checks being done" by passport authorities, Ms Thompson said.

Despite his crimes, Walbran is not covered by new monitoring laws for deported criminals because he was not convicted of any offence in Thailand, which deported him, and it has been more than six months since he was released from jail in Indonesia.

Journalist and former ACT MP Deborah Coddington, who published New Zealand's first sex offenders' register nearly 20 years ago, said it was disappointing - but that did not mean Walbran would not be monitored.

"Even though the police say they can't do anything about it, I'm sure they will quietly keep an eye on him," she said.

"And he will always know he cannot now go underground, as people keep saying, because there will always be people who are aware of him and his behaviour."

Walbran was supposed to register as a convicted sex offender in Australia but left the country without doing so.

A sex offenders register was "never going to be the only solution", Ms Coddington said.

"There will always be those who find ways to circumvent it - but it will be a useful tool."

Legislation setting up a child sex offender register passed its first hurdle in Parliament in September with unanimous support and is currently being considered by a select committee.

Meanwhile, in Thailand, Walbran's case has prompted the Education Ministry there to enforce stricter rules for schools employing foreign teachers.

Deputy Secretary-General Suthep Chittayawong told The Phuket News that foreign applicants were supposed to have a criminal record screening, but some schools chose to hire first and do background checks later.

Authorities were investigating to see if the school that employed Walbran followed the proper process.

Meanwhile, the ministry was writing to schools to remind them to follow the rules.