Four sisters who went missing seven weeks ago in Australia have been returned safely to their mother in Melbourne this morning.

Stacey Nikora had not seen her daughters: Charity-Beth, 11, Evergreen, eight, Summer, three, and Serenity, who turned two this month, since their father took them from daycare and school on 27 October.

During that time, the Nikora family missed two birthdays but their grandfather, former New Zealand journalist Maihi Nikora, said they would not be missing Christmas.

"I'm over the moon," said Mr Nikora today. "They're safe, sound and happy and having breakfast."

Ms Nikora and the children's father Joseph Smith were married for 15 years and moved to Australia together. 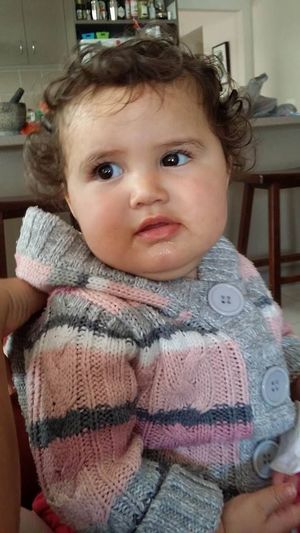 Summer Smith, three, and her sisters were returned to their mother today. Photo: Supplied

They separated in January and have shared custody of the children, with Mr Smith having them on weekends.

Mr Nikora said the four girls arrived in a taxi with their father, who dropped them off and then left.

"I'm absolutely certain the pressure from media, from people in parliament, and the police and Facebook traffic brought them home."

He said the return of the girls had lifted a weight off his shoulders.

"Was just out of the blue at 6am this morning, I got a phone call from my daughter saying Joseph had turned up with the four mokos, they were in good health - he just wanted to bring them home," Mr Nikora said.

He said there were tears and jubilation before the four settled in for breakfast and baths.

The Nikora family has no idea where the children have been but Mr Nikora said he was grateful the children were unharmed.

He said special preparations were underway for a big whānau Christmas.