REVIEW: Every AC/DC fan knows what they'll get from a gig; middle-aged men playing heavy, high-energy rock'n'roll until they can play no more.

Tuesday night's concert in Auckland - the final gig in the New Zealand leg of their Rock or Bust tour - didn't disappoint. 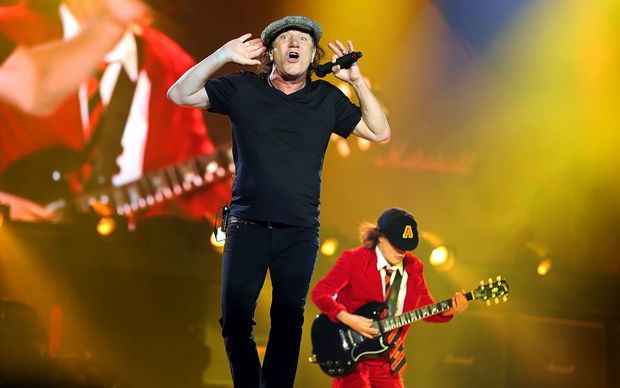 Brian Johnson and Angus Young of AC/DC turn it on in Auckland. Photo: RNZ / Diego Opatowski

There were none of the thunderstorms or technical glitches seen at the Wellington gig earlier this week, meaning 60-year-old Angus Young could duckwalk and leap across the stage for two hours straight. Closely resembling Gollum with a comb-over these days, Young has the Jagger-esque ability to defy his years with boundless energy, and still possesses his renowned fast fingers and showmanship. 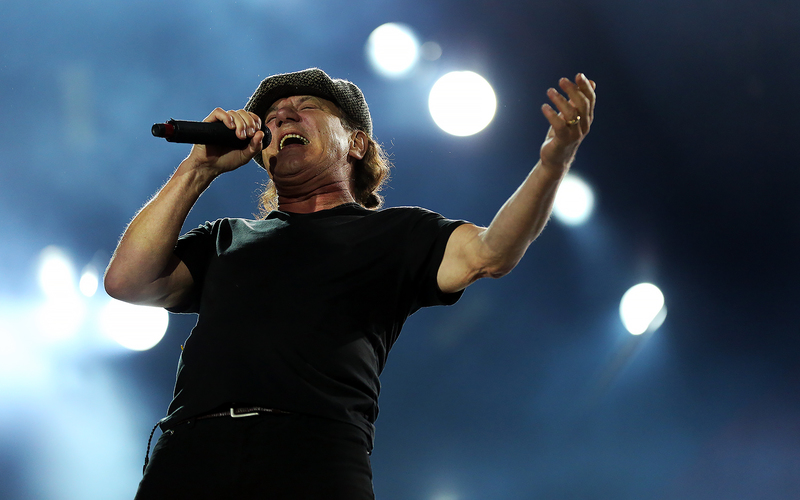 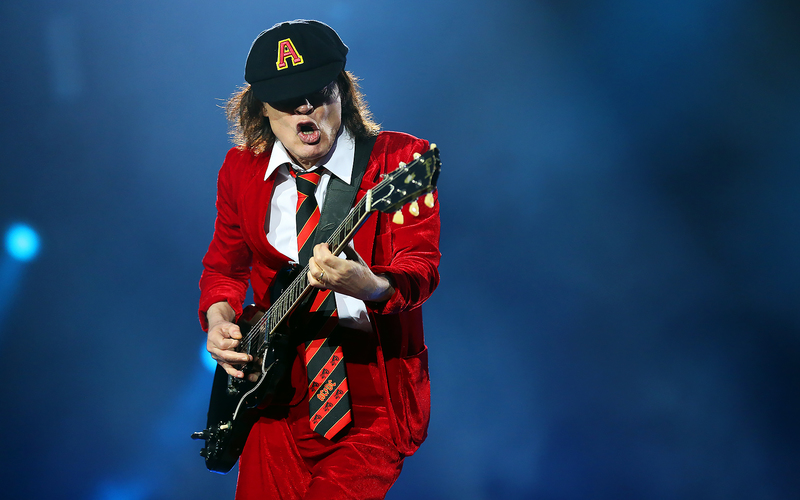 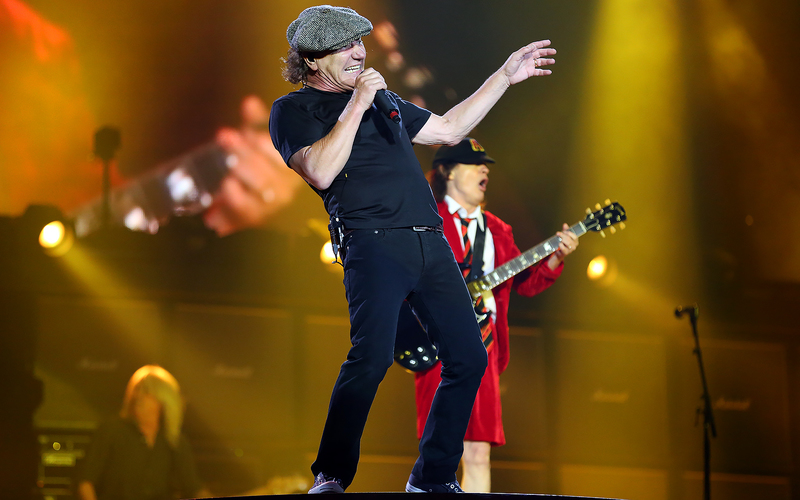 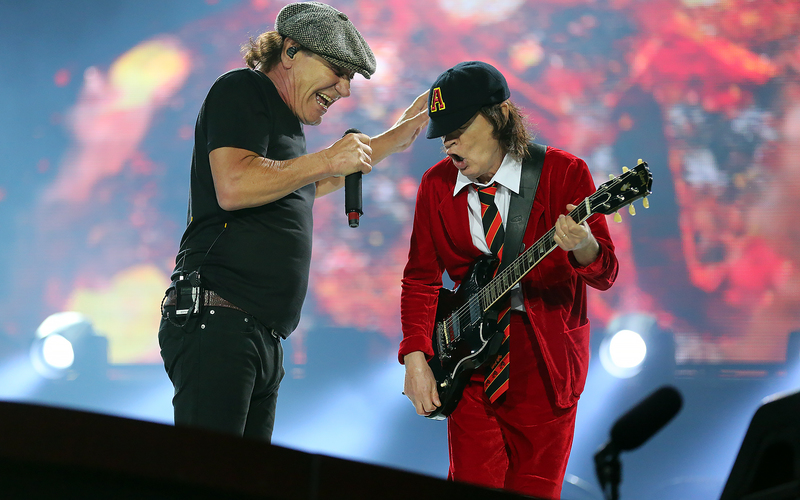 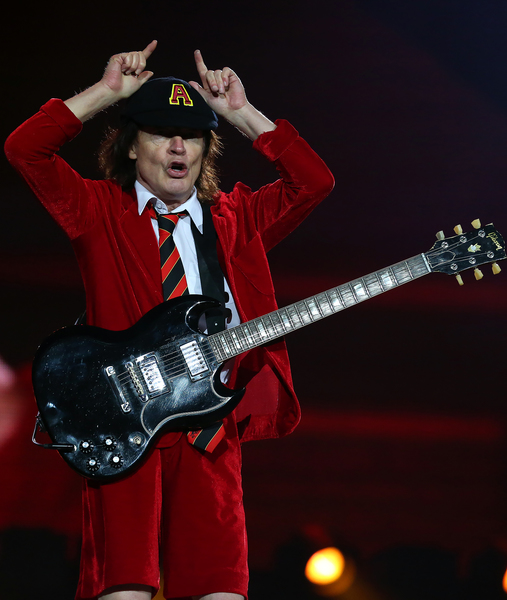 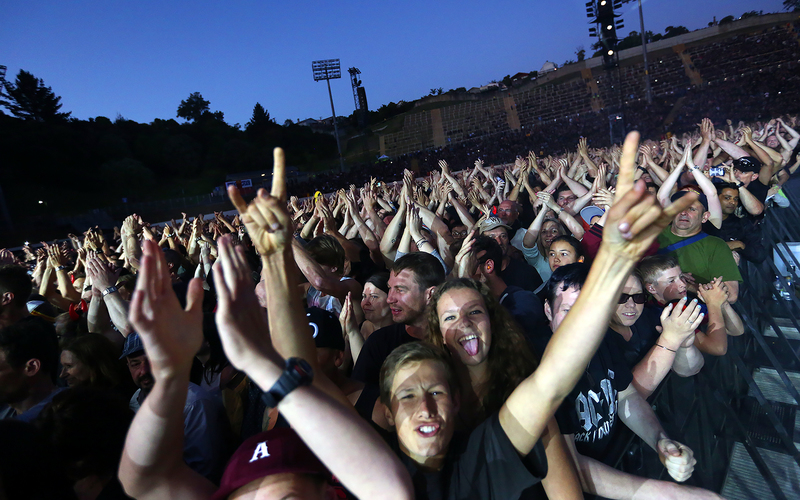 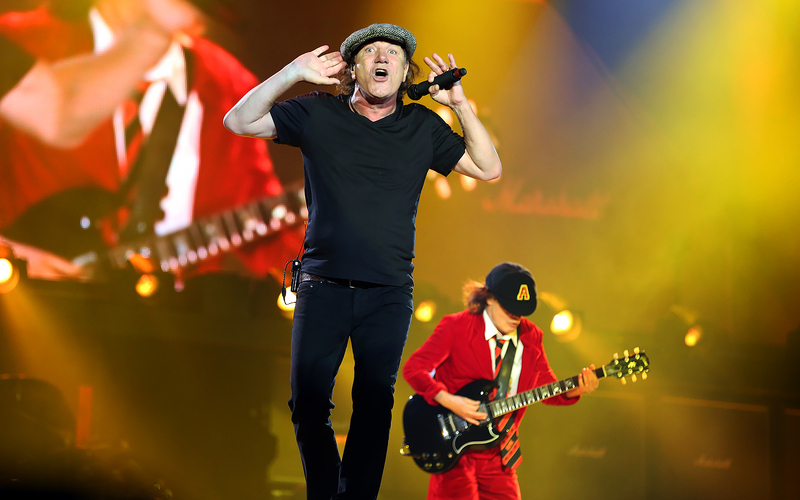 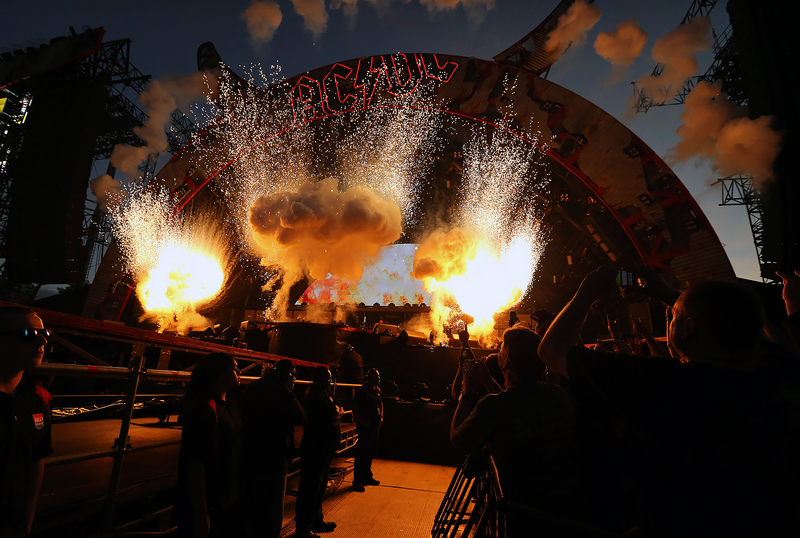 See a photo gallery from the show here

The band's sound was as crisp as it has always been, with new rhythm guitarist Stevie Young, returning drummer Chris Slade, and ever-present bassist Cliff Williams keeping the rhythm tight. Stevie Young may be Angus and Malcolm's nephew, but is of a similar age, possessing a pleasingly haggard look that helps him blend in with the others.

It wasn't a flawless performance by the band - the opening song Rock Or Bust didn't kick things off as strongly as a better known number would. Brian Johnson's shrieking voice was often drowned out by the music, possibly to the relief of all dogs within a 5km radius. Young fluffed the opening riff to Thunderstruck, and he didn't perform his customary striptease (perhaps he feels the cold these days). 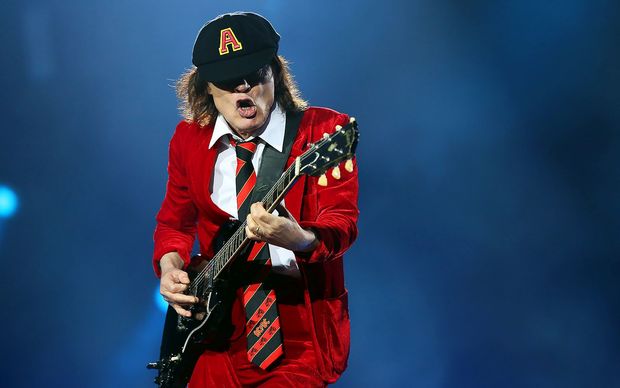 But as a show it had everything a fan could hope for; most of the classics, a few new numbers to give people the chance to get a beer, and even songs many had forgotten existed, such as Have A Drink On Me and Shot Down In Flames.

The intro graphics were fantastically over-the-top, the band's long-time inflatable friend Rosie was looking divine and the band even timed the final beat of the night perfectly with the closing firework display.

When it comes to putting on a show, there can't be a band that surpasses them. 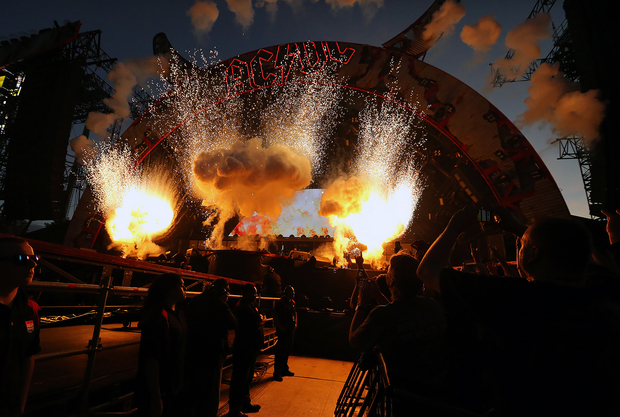