The 24-year-old American woman killed in a fall in Mount Aspiring National Park was the daughter of a senior Alaskan politician. 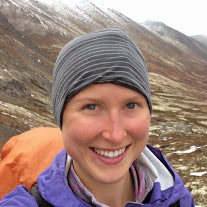 Nicole Leman fell on Tuesday as she and her climbing partner were negotiating the Matukituki Waterfall face.

Alaska's former Lieutenant Governor, Loren Leman, said on Facebook that New Zealand officials called him and his wife late that night to say their daughter had died from her injuries.

He said it was "painful beyond belief" to lose a child.

Ms Leman was a personal trainer in Anchorage, and active in local hiking and mountaineering groups.

The family said the 24-year-old had spent a year in New Zealand working on farms and travelling the country, KTUU TV reported. She had been enjoying the trip so much she extended her stay in New Zealand by three months.

Nicole Lehman graduated in 2009 from Grace Christian School in Anchorage.

Principal Chris Gionet said many at the school had known her since she was at kindergarten and were saddened and shocked by the news.

"Nicole was one of those girls, if you looked at her she was just this sweet girl, very, very respectful, proper, highly intelligent - but boy she had a lion in her when it came to competition and adventure."

She was an amazing volleyball player, and took to cross country skiing in college. Nicole had a "heart or adventure and a heart for people," Mr Gionet said.