The Defence Force is surprised by just how well its P-3K2 Orion Aircraft performed overseas while helping other nations combat piracy and human and drug trafficking in waters around the Middle East. 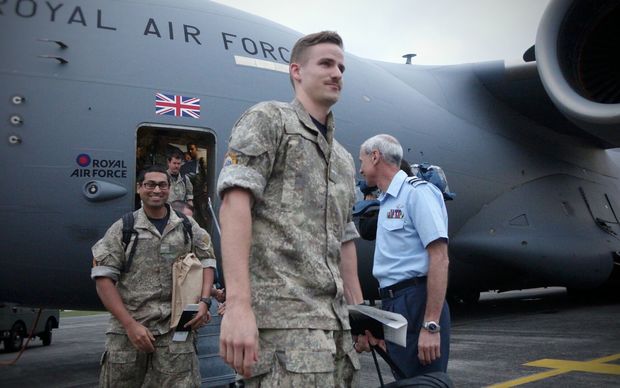 Personnel being welcomed back to New Zealand after stepping off the plane. Photo: RNZ / Kim Baker Wilson

They were away for five months and were the fourth and final rotation of an operation that started in August last year.

It was one of the Defence Force's most significant operations - and the Air Force's Number 5 Squadron's biggest ever undertaking. 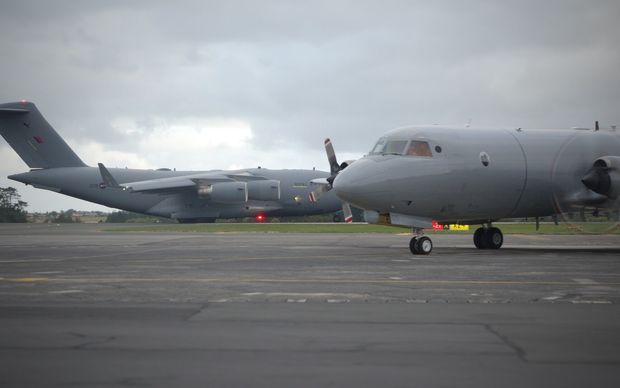 The RAF C-17 Globemaster from the UK and the RNZAC P-3K2 Orion land at Whenuapai Air Base in Auckland. Photo: RNZ / Kim Baker Wilson

"I guess we've all been pleasantly surprised by how few maintenance problems we've had up in the Middle East.

"It's a demanding environment and we've lost very few flying hours... I think we cracked a windscreen and had to change an engine and that was pretty much it," he said.

The Orions flew 174 missions in total, notching up 1400 flying hours, and only four scheduled surveillance flights had to dropped. 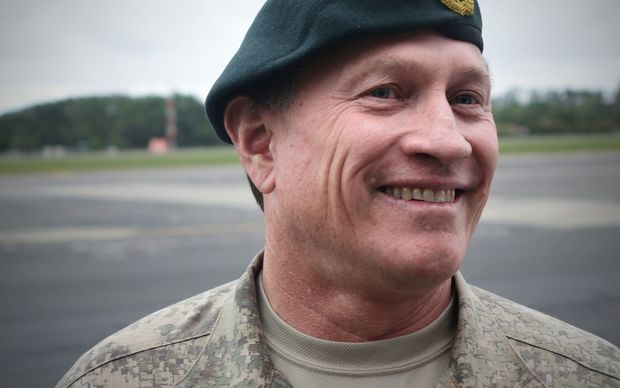 Major General Gall said while the rotations involved fewer people than New Zealand's deployment at Camp Taji in Iraq, it was still a very complicated one.

"Obviously having the aircraft there and the types and capabilities that we were required to have, it's obviously a lot more complex than just having a bunch of people.

"So it's been quite hard to keep the mission sustained, and we've had to keep rotating aircraft and rotating crews," he said.

Major General Gall said New Zealand had two aims during the operation - to make the piracy and human and drug trafficking situation better in the Middle East, and to take some pressure off the United States.

New Zealand personnel were responsible for seizing $108 million of heroin in June, when HMNZS Te Kaha acted on surveillance information from a New Zealand Orion.

What appeared to be a stateless vessel was boarded, and 118kg of the drug was found.

In another operation in October last year, an RNZAF Orion guided Australia's HMAS Toowoomba to a ship smuggling almost 6000kg of hashish worth an estimated $360m. 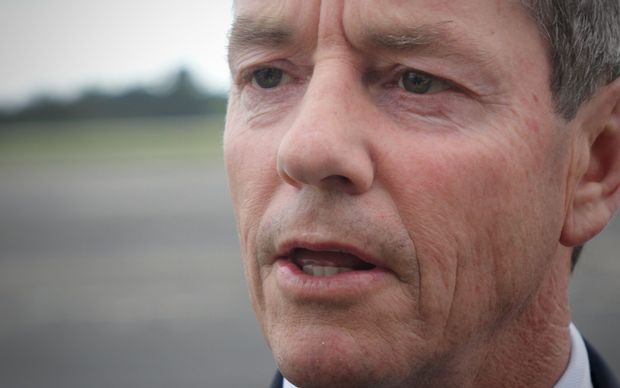 But Hunua MP Andrew Bayly, who spoke to the personnel on behalf of the Defence Minister, said the deployment meant more for New Zealand than simply combating piracy and drugs.

"It was also about having a presence in the area, showing our flag, doing our bit. So being actually out there and being seen and being part of that coalition.

"It was a very important role for all the three forces," he said.

Squadron Leader Hilton Baker was in charge of the 11-strong maintenance team.

"The operations or the way we do business didn't change too much for us over there.

"It's very much the same as what we do here but just in a different location, an exotic location for want of a better term.

"Certainly some challenges in it with the heat (and) I guess the other environmental conditions around the dust, the sand storms that would blow in occasionally... it made it a challenge," he said. 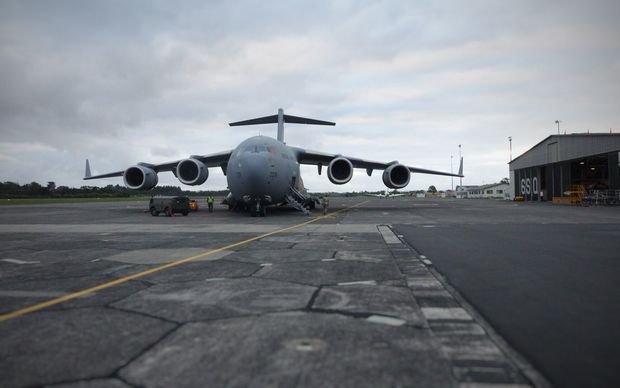 But Squadron Leader Baker said his team did an amazing job and showed New Zealand was a world leader in flying the P-3K2 aircraft.

He said the aircraft that arrived back in Auckland last night turned 49 years old a week ago.

Families of the deployed personnel were among those crowded into Whenuapai Air Base's air movements terminal last night, waiting for their loved ones to return.

Jaime Peacock was with her young daughter, waiting for her husband David who was away for five months. 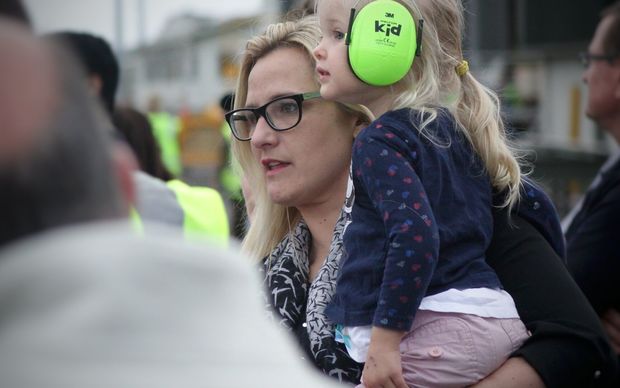 Jaime Peacock and her daughter wait for her husband to return. Photo: RNZ / Kim Baker Wilson

"It was hard, it was hard, but you just get on and do it - you know, you've got no other option - you get into your routines and you've got family support if you're lucky.

"She's missed daddy every day and that's been a battle because she's missed him and he's missed her and that was probably the hardest thing when she wanted daddy at bed time.

"As with other trips he's been away on she'll be thrilled to see him and then she plays up a little bit, but give it a couple of days and she'll be settled back in to having her daddy home," Ms Peacock said. 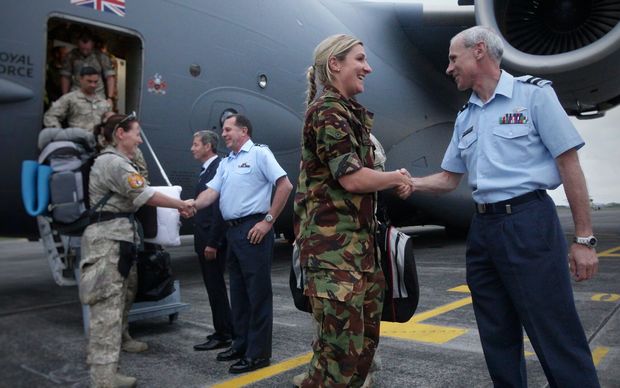 Personnel being welcomed back to New Zealand after stepping off the plane. Photo: RNZ / Kim Baker Wilson