Judges, lawyers and mental health advocates are calling for a 'mental health court' to stop what they say is the 'recycling' of people through the justice system. 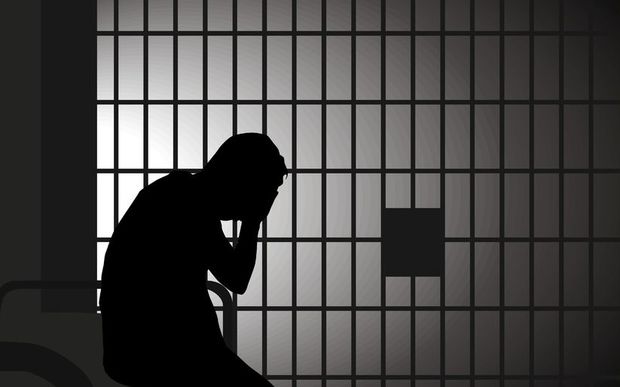 Some mental ill people are said to cycle in and out of prison. Photo: 123RF

They say by creating a court that takes a holistic view - rather than 'locking them up and throwing away the key' - there would be less reoffending.

The organisation that represents judges, the Bar Association, said it supports the idea of a mental health court.

The association's president, Paul Mabey QC, said a therapeutic jurisprudence model, where the court took a holistic approach to rehabilitating the prisoner, had started to be introduced in Australia.

Mr Mabey said the association backed the introduction of anything that catered better for people with mental health problems and, he said, the current system simply recycled them through the system.

"There are people with mental health issues who come before the criminal courts, their issues are recognised and factored into sentencing.

"But a specific dedicated court where they are identified right from the beginning and then siphoned off into a particular court where there's time and resources to focus on their need is in their interests and therefore in society's interests," he said.

University of Auckland law lecturer Khylee Quince said a therapeutic team effort across government departments would deal with the underlying causes that sent them to prison.

"There's a huge correlation between mental disorder and offending behaviours or harmful behaviours, both to the defendant and to other members of the community.

"We need to think about the bigger question. Do we want to stop the cycle of offending, and particularly the cycle of people who enter and re-enter prison numerous times over their life?"

Lawyers and mental health advocates said people could initially be seen in the district court and then once assessed moved to a mental health court. From there they could be moved to a secure unit.

Veteran prison reformer Kim Workman said the assessment of prisoners being considered for the court would be robust enough.

"These days with the expertise that's available it's very unlikely that someone who's faking it is going to get through the system, if the expertise is there.

"Of course, one of the problems we have at the moment is that people who do have mental health issues of a serious kind turn up at court and their condition is ignored by the court."

Alex Steedman - a lawyer who has many clients with mental health problems - said taxpayers would pay out less if, instead of a 'lock em up and throw away the key' approach, the treatment was pre-emptive.

He said it would stop the courts from clogging up.

Warren Brookbanks, a Professor of Criminal Law at the University of Auckland, has been teaching mental health law for 25 years and, recently, a course in therapeutic jurisprudence.

Professor Brookbanks said the court would be very effective for dealing with those who are low-level recidivists.

"Mental health illnesses are a major problem with them rather than criminality and it would be jurisdiction that would be aimed at stopping the revolving door category of people who periodically are committed to mental health hospitals and then they are treated with medication, then they're discharged from hospital, come back into the community, not properly supervised, commit offence and recycle again."

Professor Brookbanks said the rates of inmates with severe personality disorders, such as schizophrenia, was about 75 percent.