Former New Zealand journalist Maihi Nikora is calling for Australian police to ramp up their search for his four granddaughters, who have been missing for six weeks. 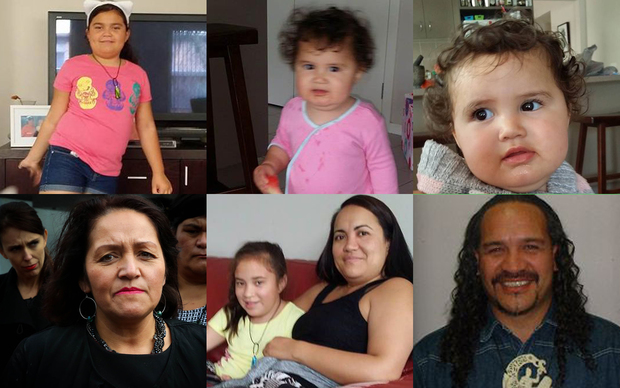 The two New Zealand and two Australian-born children were collected from their Australian day care and school by their father Joseph Smith and have not been seen since.

Mr Nikora spoke to RNZ from hospital, where he is being monitored for a heart condition which he said had been agitated by stress.

He was calling on every possible connection for support: "To all the Māori politicians if you have some pull in Australia, to use that pull positively. Yeah, I sincerely hope my grandchildren can be found in good health and not harmed."

Their mother, Stacey Smith, and the children's father Joseph Smith were married for 15 years and shifted to Australia together. They separated in January and have shared custody of the children, with Mr Smith having them on weekends.

Due to the custody-sharing arrangement, it is thought Mr Smith was not breaking the law, but Victoria police would not comment, saying the case was before the Family Court, and the matter was being investigated. A spokeswoman said investigators were liaising with the family.

Mr Nikora said the matter was before the Family Court because Ms Smith had now filed an intervention and recovery order.

He said his daughter and Mr Smith hadn't previously had any issue with shared custody.

The family was in limbo and it was taking a toll, especially on the girls' mother, Mr Nikora said. "She gets on with the daily things of having to go to work et cetera but when she gets home she goes into their rooms, hugs a photo and goes to sleep crying, sobbing."

It has been weeks since the last email contact with Mr Smith, he said.

Mr Nikora said since police told the family Mr Smith was likely to have left the state of Victoria, there had been no update on his movements through social media, phone or banking activities.

Last night the office of Maori Development Minister and Maori Party co-leader Te Ururoa Flavell made contact with Mr Nikora through RNZ. Co-leader Marama Fox was due to contact Ms Smith today and it was understood they hoped some assistance could be given.