A British advertisment condemning New Zealand's dairy industry as cruel for its treatment of calves has the potential to put off some consumers there, says New Zealand's special agricultural trade envoy.

Animal welfare organisation SAFE placed the ad in The Guardian which depicts a bloodied calf inside a glass of milk with the caption "New Zealand dairy contaminated with cruelty".

It also poses the question, "Are you consuming New Zealand dairy cruelty?"

Prime Minister John Key has described the ad as economic sabotage, and said it was unfair to the vast majority of New Zealand farmers.

"To take an ad in the international media, for what end is that other than to try and stop international consumers buying our products?"

The country's agricultural trade envoy Mike Petersen said it was clear to most consumers the ad was a stunt but admitted some people would take it seriously.

"There's always that risk and potentially I think we could see some consumers turn off not just New Zealand dairy but all dairy because the reality is these practices do happen in all parts of the world amongst a small number."

Social media comment and media stories that followed the ad may be the most damaging, he said.

"One advertisement I don't think will make much difference at all. But the ongoing publicity around it is the issue that might really make some consumers think about where they buy and source their product from. But I think that's going to be relatively small."

SAFE and lobby group Farmwatch last month released footage of calves left in roadside crates, being thrown onto trucks and abused at a slaughterhouse in Waikato.

Mr Petersen said the video showed the actions of just a couple of farmers in an industry that prioritised animal welfare.

"The footage is very damning and that's been criticised by everyone in the industry. It's not common practice among dairy farmers.

"The advertisement in the UK makes out that it is, so it's clearly misrepresenting the true position here in New Zealand.

His hope was the ad would not not tarnish New Zealand's image. 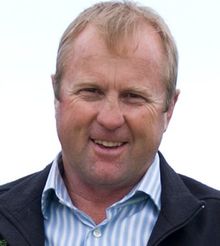 "There's always that potential that consumers will look at the advertisements and think that this is common practice in New Zealand ... but even last week there was an animal welfare index that came out assessing all countries on animal welfare standards and New Zealand was ranked first equal, up amongst the UK where this advertisement is being aired.

SAFE executive director Hans Kriek told Morning Report the aim of the $10,000 ad was to put international pressure on the industry and government, and the group has made its point now, so won't run the ad further.

"Of course it was a very strong action and we know that people are getting upset.

"But we've made our point and we've now said, okay, we'll stop the advertising. What we'll do now - we'll sit down with industry. (We are) meeting with Fonterra and Dairy New Zealand next week to sit down and we're going to work through what we can do."

Mr Petersen said he would rather talk to SAFE and have an exchange of views than an emotive campaign.

"The disappointing aspect of this is that the dairy industry and a number of other farming groups have come out in the past few days and said they're happy to work with SAFE and others to improve any mishandling of bobby calves in the industry... and that's almost been thrown back at them by this campaign that's being run in the UK."

Minister for Primary Industries (MPI) Nathan Guy was disappointed at the ad, but said he too believed it would have limited impact.

"We're dealing with a couple of rogue operators - as I say MPI's stepped up the investigation when they got the footage on the 14th of September. There's outrage in the farming community."

Mr Guy said the majority of farmers dealt with animals appropriately, because their livelihood would be at risk if they did not.