The recall for frozen Fruzio mixed berries at the centre of a Hepatitis A scare now includes 1 kilo bags of strawberries and 1 kilo bags of blackberries. 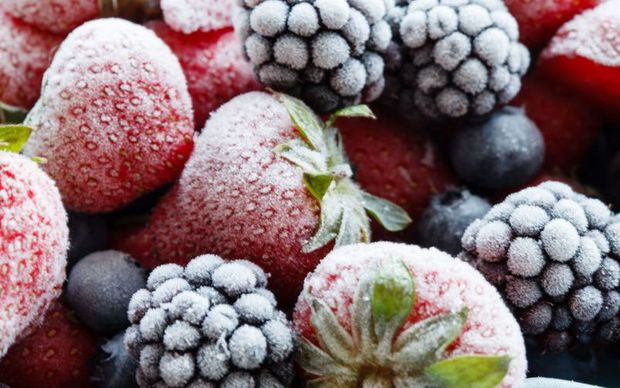 Fruzio berries are the source of at least four cases of Hepatitis A.

The Nelson company that imports Fruzio products, FSL Foods, is now also voluntarily recalling one kilo bags of strawberries and bags of blackberries.

The Nelson company behind the Fruzio products, FSL Foods, said the berries are from the Shangdon Province in China, which was linked to a Hepatitis A outbreak earlier this year in Australia.

FSL Foods owner Mike Glover said he kept importing from Shangdon because he was confident there were two thorough levels of testing.

"One is microbiological, which includes E. coli and the second one is Hepatitis A.

"CIQ, which is the equivalent of MPI in China, also undertakes random and direct testing specifically for Hepatitis A."

His firm has stopped business with China for now.

Ministry official Peter Thomson said the investigation was ongoing and there may be further recalls.

FSL Foods were fully co-operating and Mr Thomson acknowledged the precaution they were exercising in voluntarily expanding the recall.

Have you eaten Fruzio Mixed Berries? Let us know at iwitness@radionz.co.nz

News that his company was linked to the Hepatitis A cases had left his staff gutted.

"We are obviously devastated that it's been our product that has been recalled. We have very robust systems in place and we deal with suppliers who supply internationally to major chains around the world.

"We have a crew here, a team of people who are committed to our product line, committed to looking after the customer. I've had people in tears. I've had the whole nine yards. Yes, it's not something that I'd wish on my worst enemy."

Mr Glover said the fruit came from the the Eastern province of Shandong in China and he will be investigating how the fruit become infected with the virus.

"We have no idea how it's happened. We are talking about a very small subset of many hundreds of tonnes of fruit that we deal with every year.

"We've dealt with the supply chain for the last seven or eight years and we've probably been supplied in the region of 3000 tonnes over that period of time, or three million units."

Mr Glover said he is working on establishing when the particular batch responsible for the illness came into the country.

"We are working through the exact dates that we will recall, but I can say that they are probably in August and September, but details are coming.

"Most of the recall relates to fruit that has been sold into the market some time ago and probably, in all honesty, would have been consumed already."

Mr Glover said there was an automatic system of recall meaning it was most unlikely, particularly in the case of the 1kg bags, that any of the fruit that may have been contaminated is still in supermarkets.

But he said he was not prepared to say as an absolute that all bags currently in supermarkets are safe and the company is still investigating.

There are other products that customers can buy, including blueberries from Canada and mango from Thailand, and he is confident about the other fruits being safe said Mr Glover.

He said he has not thought yet about whether the company will close down its connection with the affected supplier.

But Mr Glover said he wanted to "express apologies to the people that have been ill and for our customers out there to understand that we believe that at all times we are putting safe products in front of them.

"This has been a devastating blow to us all." 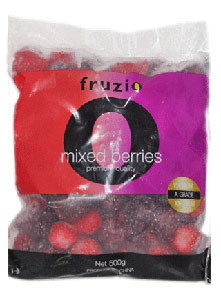 MPI spokesman Peter Thomson said it had made significant progress today and directed FSL Foods last night to get them off the shelves.

"We've had four cases. It's entirely possible, we don't know if it's likely, but it's possible there will be further cases. If you have this product at home it should be discarded."

The Ministry's investigation was ongoing and it was not able to rule out further recalls.

The elderly and those with chronic liver damage should avoid imported frozen berries that had not been heat-treated, Mr Thomson said