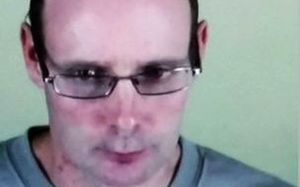 Smith fled to South Americia while on temporary release a year ago and was captured in Brazil.

At a Parole Board hearing last month, his lawyer Tony Ellis admitted he had little expectation of getting parole.

But Mr Ellis said an application had to be made to allow other legal matters to proceed.

These relate to the conditions in which Smith is being held and his access to specialist treatment.

Smith is also awaiting trial for escaping from custody and committing passport offences.

His next parole hearing is in September 2017.