The man accused of murdering his girlfriend's husband has confirmed he told police he carried out the fatal stabbing, but says he made the admission because his English is not good. 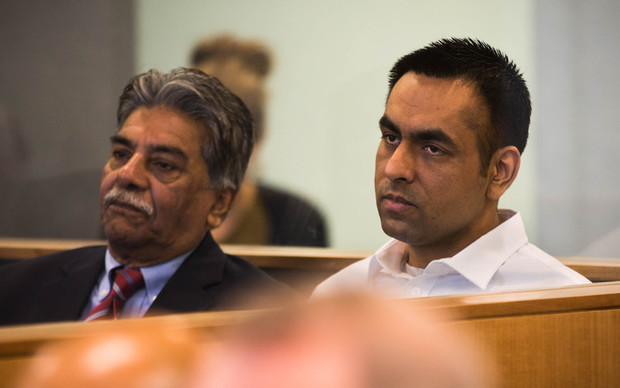 Gurjinder Singh has denied murdering Amandeep Kaur's husband, and both are on trial at the High Court in Auckland.

Mr Singh has been cross examined today and was shown a video of an interview which he gave to police, shortly after Davender Singh was found stabbed to death in his car on Norman Spencer Drive.

In the interview he told police Mrs Kaur held her husband's hands down and in his own words, Mr Singh said: "I am coming and cut him".

After watching the segment three times, Mr Singh said his English was not good and he meant to say something else.

Today he said he planned to confront Davender about beating his wife but when he arrived at Davender's car, Davender had already been stabbed.

But under cross-examination by the Crown prosecutor Natalie Walker, Gurjinder Singh said he was lying in the police interview because he said whatever had come into his head and he was not thinking much.

He said he did not tell police the truth because he did not think they would believe him.

Earlier he told Mrs Kaur's lawyer Sanjay Patel that he had made some admissions to stop the police asking him questions. He said he had come to the conclusion that no one was going to believe his story.