Modern, open-plan classrooms are provoking a backlash from parents and some are voting with their feet. 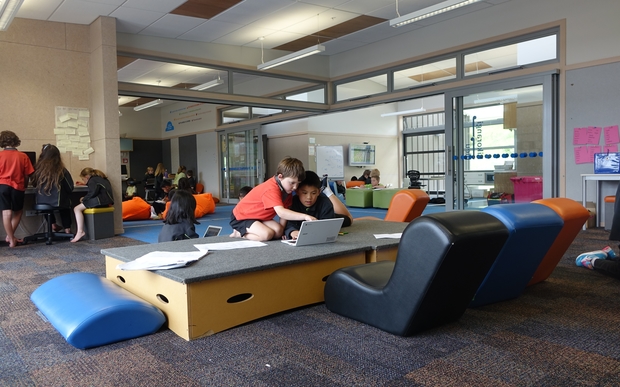 The Education Ministry is spending millions of dollars on the rooms, but principals said they had had complaints from parents who do not like them.

They said in some cases families had even moved schools to get away from the rooms.

Amesbury School in Wellington opened just four years ago and is typical of recently-constructed schools and of many classroom rebuilds and renovations.

Classrooms are big with glass doors to divide them into smaller spaces, plenty of low tables and chairs, white boards and acoustic tiling to keep the noise down. The rooms are in the style known as a modern or innovative learning environment.

School principal Lesley Murrihy was enthusiastic about the rooms, and the type of teaching and learning they enable.

She said teachers could work together to figure out the best way of teaching individual students, and children themselves can find the teacher who can best help them on a particular subject or problem. She said children who find it hard to keep still find it easier to work in such spaces.

But Dr Murrihy said some parents had struggled with the rooms. Even if they understood and supported the philosophy, the difference from traditional classrooms worried them.

"The first year we had a lot of questions, a lot of anxiety. It would just keep popping up every so often. But it really reduced in the second year and there's been very little since then." 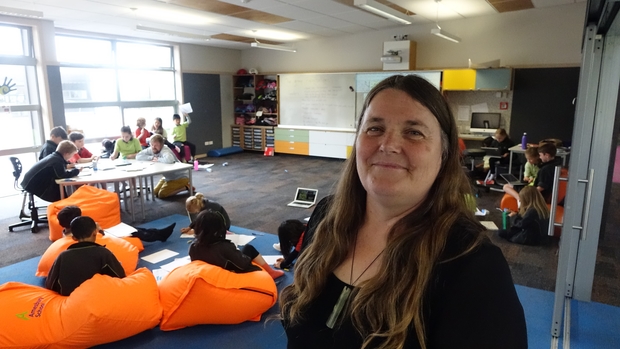 Amesbury is not alone. At Paparoa Street School in Christchurch, principal Philip Harding said walls had been knocked down between classrooms so two or three teachers can teach together.

He said teachers loved it but some parents did not because it was not like the school experience they had had as children.

"Things that once upon a time would have been the nature of school, perhaps a bullying problem or some loose behaviour is being attributed to the collaborative classroom when in fact there's no evidence as far as teachers are concerned that that's the case."

Mr Harding, and another principal who was unwilling to be named, said families had left their schools because of the rooms.

Rangi Ruru Girls' School principal Julie Moor has fielded an increasing number of inquiries from families looking for a school that doesn't have the rooms.

"It is a steady little flow, enough to say yes there's a trend of parents concerned their daughter's learning needs are not being met."

Ms Moor said parents at the private Christchurch school had a range of criticisms of the modern rooms.

"Large spaces with lots of students, sometimes possibly the teachers haven't really adapted to a different style of teaching and it's very easy for students to be overlooked in those environments."

Principal of Westmere School in Auckland Carolyn Marino said parents there had similar concerns when the school was renovated and rebuilt, but they were unfounded.

"Some parents worry that their child will be lost or ignored in a studio of 50-85 children. However they don't really understand the huge amount of planning for learning that occurs behind the scenes in all our classrooms. In fact we find children are less likely to be 'lost' as there are more teachers in the room to group children in different ways, to cater for the range of learning styles."

"Innovative learning environments includes the whole physical, social and teaching environment. It allows students to study on their own, work with their peers in groups, be independent learners, and to develop skills that help them collaborate with others. They enable teachers to work together too supporting each other to deliver the curriculum.

"If parents have concerns or questions about teaching and learning, we would encourage them to talk to their principal to resolve any concerns they have."