Dozens of Pasifika families are unfairly deported each year after putting their trust in rogue advisers, an immigration lawyer says. 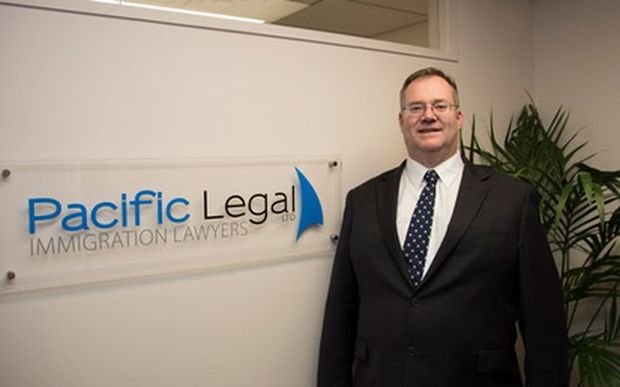 Richard Small estimated dozens of people were being deported through no fault of their own. Photo: SUPPLIED

Richard Small's comments come after a Tongan family he represented won a last-ditch appeal to stay in the country.

Viliami and Limiteti Talamai came to New Zealand in 2008 with their two young children hoping for a better life.

A year later when their visas expired they asked a family friend at their Auckland church to help them apply for residency.

But he was unlicensed and made mistakes on their applications.

The Talamais were told to leave the country.

Mrs Talamai spoke to RNZ News through her sister Lesieli, who translated her words.

"We knew that he didn't have a licence, but we asked him for help because he's Tongan.

"We can understand him when we're communicating and are from the same culture."

After five years of appeals and pleas, the Immigration and Protection Tribunal granted the Talamai family residency on humanitarian grounds this year.

"We cried - it was a celebration. Once we found out we got it we sat and prayed just to thank God for giving us a door for us to stay in New Zealand with our family," she said.

"The children cried as well - we were all so happy."

The tribunal found they were disadvantaged by their adviser and said it was best for their children and elderly parents they stayed.

A foster girl placed by Child, Youth and Family had also lived with the family for a number of years.

The family's lawyer Mr Small said they escaped being kicked out of the country by just a hair's breadth.

The government must take some of the blame, he said.

"They should have contacted the applicants, return the application to them, which they are capable of doing.

"Once people become unlawful, they fall off the edge of a very high cliff."

Each year hundreds of mainly Pasifika families were putting their trust in the wrong people and it was costing them dearly, he said.

He estimated dozens were being deported through no fault of their own.

"They don't know that they have lost their residency, as this family did, through unfair circumstances.

"It has been very difficult to get Immigration New Zealand to recognise immigration fraud, and they've done it very reluctantly after years of struggle.

"Rather than looking across the Tasman, we should be looking in the mirror here."

In a statement, the government's Immigration Advisers Authority said it was clamping down on the problem.

"We encourage anyone who has received immigration advice from someone who is not licensed or exempt to come forward and speak to us."

On Friday, it laid 10 charges against a Porirua man accused of the exact same thing.

But Mr Small maintained people were still falling through the cracks.

In the Talamais' case, their unlicensed adviser's name was all over their residency application, but no one noticed.

"The overstayers are the best citizens we don't have, most of these families are driven to be here... no one would choose to live underground for years," Mr Small said.

"This family are a net plus for New Zealand - they were taking in an at-risk child and reducing homecare costs - and I see this duplicated in hundreds of cases."