Children have been sleeping in cars, garages and outside, the Salvation Army has found - and the charity is demanding a new law to ensure all children have adequate housing. 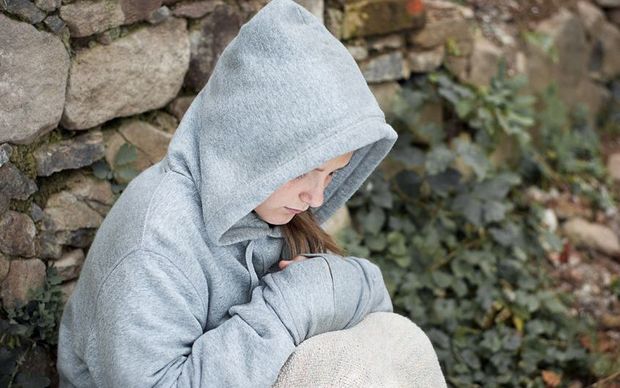 Its second of three reports into homelessness, published today, said a survey of shelters in Auckland during three months found 1202 people needed help, with 47 percent of them under 18.

New Zealand is falling short of providing one of the most basic necessities for children, it said.

The Salvation Army's latest report, Invisible in the SuperCity, was triggered by staff seeing many working families left homeless because their wages couldn't pay for a home.

Pauline has three young children and a baby due in two months.

Their rent became too high for her husband's wages, and the family were left couch-surfing and living in a single room with friends.

"But it was just so full. We even had people living in the lounge and the thing that really concerned me the most was the smoking in the house, the drinking, and we can't say much 'cause it's not our house."

The family even spent some nights in cars, with the children told they were going on a camping adventure.

"I couldn't feel sad in front of my kids and let them see that we were hurting. We just had to be happy for them, and they'll never know that we go through all that stuff, they just say 'new home, new home!'"

Eighteen months in a garage

Another woman, who did not want to be named, has spent 11 months at the centre and on the Housing New Zealand waiting list.

She and her six children spent a year and a half living in a garage. They ate where they slept, with food for the whole family cooked only on a microwave.

"So we paid $350 a week, so we just managed to put three beds in there and the rest would just sleep on the floor.

Both women are now at the De Paul House on the North Shore, and consider themselves far luckier than other families who are still struggling alone.

A shortage of accommodation

Esteban Espinoza, a social worker co-ordinator for the Salvation Army in Manukau, said two or three new families asked for help every day, and yesterday included a family of nine.

"Her and her husband and seven children - one of the children, he's disabled with a brain tumour.

"They've been homeless since June of last year, they've been living in garages of different people."

Despite the best efforts of staff, they said there was a shortage of accommodation everywhere.

There would not have even been enough room if the family were split up, so they spent another night in a car.

Although most said they'd spent the previous night with family or friends, 22 of the children recorded in the Salvation Army's survey said they had spent last night in a garage.

Thirty said they had spent the night inside a car or vehicle, and 13 said outside.

Answers to another question revealed people had often been in these situations for one to three weeks.

Report author Reina Harris, a social policy analyst for the Salvation Army, said many families just could not afford to rent privately, and there was not enough social housing.

She wanted the right of children to adequate housing enshrined in New Zealand law.

"I just don't see the logic. We have laws forcing children to attend school, we have access to universal health care in New Zealand, yet we do not place the emphasis on one of the greatest needs in the community - and that is adequate shelter."

Others recommendations in the report include a government programme to increase the supply of social housing by 1000 houses a year in Auckland for the next 10 years.