New Zealand and China are working together to protect a small stretch of wetlands vital for the survival of the red knot, or huahou bird.

Thousands of the migratory sandpiper visit the mudflats at Bohai Bay, just south of Beijing, on their way from New Zealand to breeding grounds in Siberia. 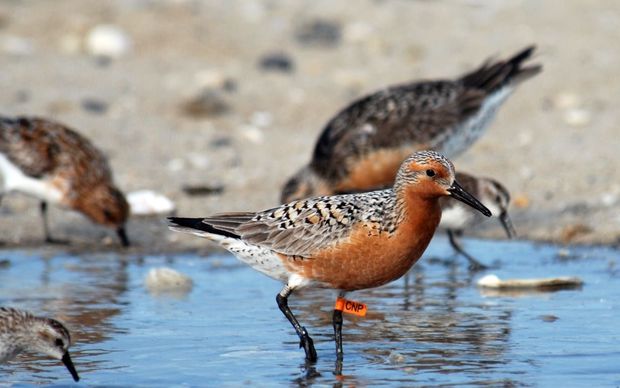 The Department of Conservation said the 34,000 km trip depended on maintaining the tiny but very fertile coast.

Director-general Lou Sanson said he had been lobbying Chinese officials to act to protect the area, which is surrounded by petrol, steel and chemical manufacturers.

"We've been able to use the Chinese ambassador, to get access to vice ministers in China to just show how crucial this is to the whole story China, New Zealand and Russia."

He said the birds had been flying the route for thousands of years, long before human settlement on New Zealand.