Kim Dotcom's lawyer has told a court none of the 13 charges against the internet businessman can be used to extradite him. 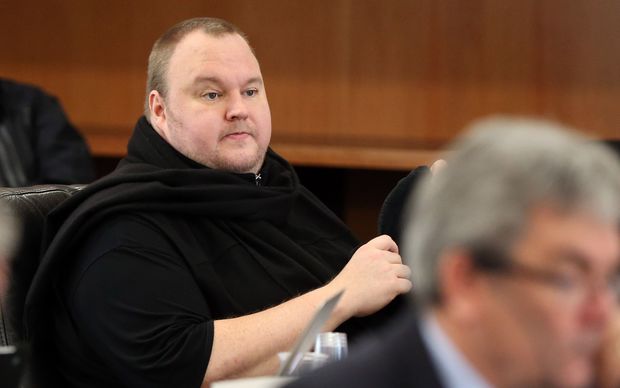 Mr Dotcom and three other men face being sent to the United States on copyright violation, money-laundering and racketeering charges related to their website, Megaupload.

Kim Dotcom's lawyer Ron Mansfield said the Crown, on behalf of the US, was trying to claim the charges against his client amounted to fraud.

But he said the US Supreme Court had ruled that copyright violation - which underpins all 13 charges - cannot be prosecuted as fraud.

He told the judge other ways of interpreting the charges did not amount to crimes that were serious enough for extradition.

Mr Mansfield also said the Copyright Act protected Mr Dotcom from prosecution for infringements committed by users of his website.

Mr Mansfield also said today that the United States had let millions of gigabytes of evidence degrade in a warehouse.

Megaupload had 24 petabytes - or 24 million gigabytes - of data stored on servers in the United States when authorities shut down the business in 2012.

Mr Mansfield said that data represented important evidence but the servers had been unplugged and had been stacked on top of each other in storage.

He said the data had almost certainly degraded or corrupted if the servers had not been maintained.

He told the judge US authorities had breached their duty to preserve evidence.