A Maui dolphin protection group is waging war on a New Zealand staple, saying that buying regular fish and chips is helping drive one of the country's rarest mammals to extinction. 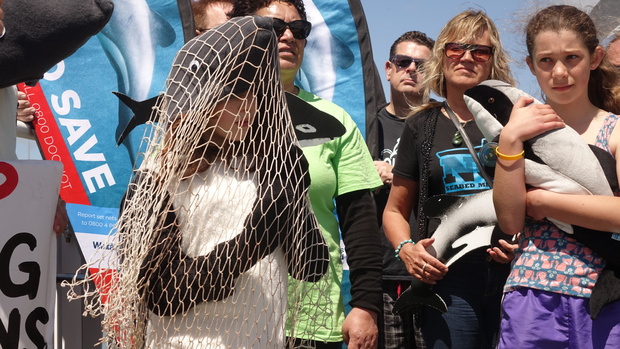 The group Maui and Hector's Dolphin Defenders says the nets used to catch fish such as mullet and school shark - used in takeaways - trap and kill the dolphins. There are thought to be only 55 adult Maui's dolphins left.

But an industry group called the campaign emotional blackmail.

The conservation group protested on in South Auckland yesterday at the use of gill nets. One of the group, 15-year-old environmentalist, Libby Christophers, said 95 percent of Maui's deaths are caused by the nets.

"They become entangled and caught as by-catch, alongside fish we use in takeaway restaurants," she said. "This practice accounts for more dolphin deaths than anything else, and these are lives we can't afford to lose." 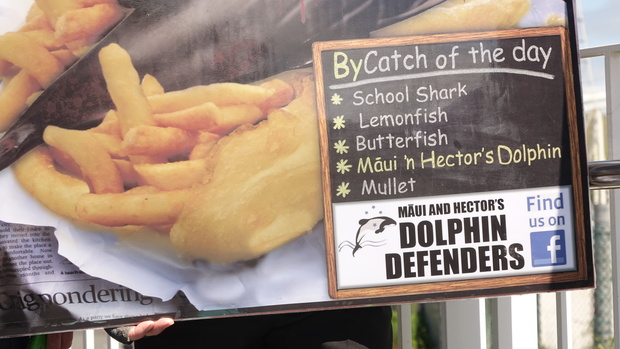 Leading the protest was the group's chair, Christine Rose, who said the public did not realise the damage a simple fish supper could do.

Ms Rose said after a Maui's dolphin was found caught in a net in 2012, the then Minister of Conservation, Nick Smith, promised that "fisheries observer coverage" - or officials looking through catches - would happen 100 percent of the time in the core Maui's area by four years.

But she said at the last update, almost two years in, the figure was at 11 percent.

"The area that's most important is that core habitat, so that's between pretty much Kaipara and Raglan.

"At the moment, that 100 percent observer coverage and set net ban only occurs in a little bit of Taranaki, so it's not the core range, but actually where the dolphins are most often seen is where they have the least protection."

In a statement, a spokesperson for Conservation Minister Maggie Barry said work was being done.

"Observer coverage on set net boats which pose the greatest risk to Maui Dolphins within their core habitat stands at 100 percent.

"The 11 percent figure relates to trawling boats only, and will be updated with new data due in the next few weeks. The intention remains to increase this to 100 percent over the four years." 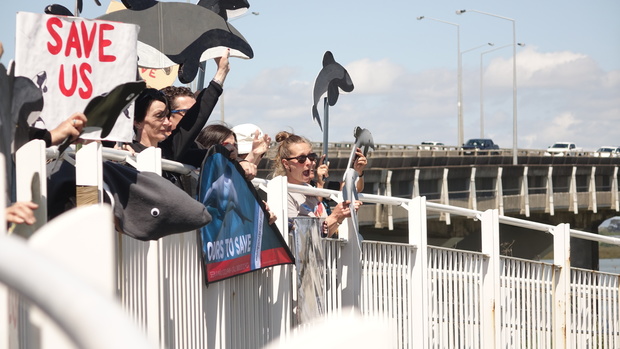 June Penn, from Kiwis Against Seabed Mining, said the government needed to do more.

"If you were a fisherman out there, and you caught a by-catch of a Maui dolphin, and there was no observer on board, what would you do?

"You can't blame the fishermen, it's not their fault. They're good men making an honest living. What we need to do is step up and help them transfer to alternative fishing methods that don't trap the dolphins in their nets."

But a fishing industry group disputes claims the officials make too few checks and says the campaign to get consumers to switch fish is nothing more than emotional blackmail.

New Zealand Federation of Commercial Fishermen vice-president Allan Rooney said it was not even clear where standard fish came from, and not all were picked up in set nets or gill nets.