An Auckland 'voodoo tiki'-themed Hallowe'en event has sparked accusations of racism after organisers posted a stylised image of a topless woman in a grass skirt on Facebook. 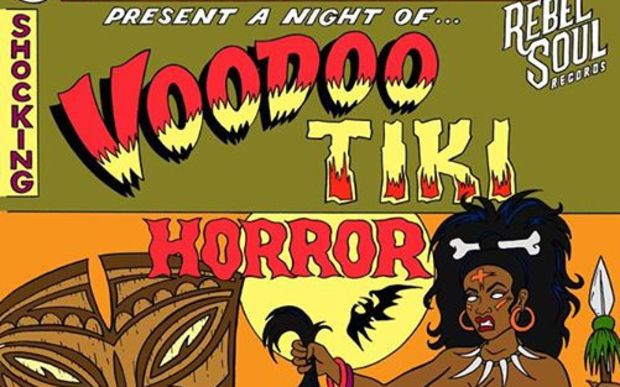 The poster from the event, which has since been taken down. Photo: Facebook

The event is billed as a night of 'fire and exotic dancers galore', with 'enough juju strange to shake a mambo stick at'.

But its Pacific-island 'voodoo tiki horror' theme has led to cries of cultural appropriation by Pasifika and Maori commentators, leading it to take down the picture.

The term refers to one culture adopting or using aspects of another in a harmful or perjorative way and is closely related to issues of racism and colonialism.

Hana Park wrote on the event's page, "Can't wait to get my grass skirt and my native boobies ready to take the piss out of my own culture alongside a whole bunch of Exotic Pākehās in Maoriland who think kitsch racism is the next hip fashion statement."

Some, including Morgan Louise McGregor, even questioned the legality of the poster and the event's theme.

Kelly Wilson Huch commented, "My culture is not your costume. I would love to see a Pasifika themed Hallowe'en party, but this is something else!

"It's offensive and it hurts. Stop exploiting my people and our culture."

Organiser Labretta Suede said in a statement that the event was private and ticketed and was not intended to be offensive.

"As with many artists, we are often subjected to criticism [from those] who don't like what we do. Thankfully for them, they don't have to pay their hard-earned dollar to see what we have to offer," she said.

She said the performance was designed to be "risqué and provocative" and the event would be going ahead as planned.