Doctors are pushing for an anti-cancer vaccine funded only for girls be extended to boys and young men. 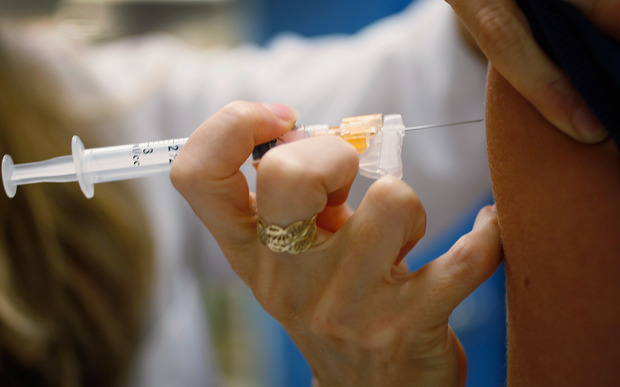 The human papillomavirus (HPV) vaccine, known as Gardasil, is funded for Year 8 girls to protect them against cervical cancer as they grow older.

It protects against the four types of HPV that cause most cervical cancers and genital warts, and is offered at school at Year 8, or ages 12 and 13, potentially before sexual activity commences when the virus can be spread.

An Auckland head and neck surgeon, John Chaplin, said four in every 100,000 New Zealanders a year - men and women - get oropharyngeal (throat) cancer, 90 percent of which is related to the HPV virus.

"So everyone basically is exposed to the virus. A percentage of people become long-term carriers of the virus and then, if you become a long-term carrier, your chance of getting oropharyngeal cancer is high, 25 percent."

Dr Chaplin said rates of other cancers of the head and neck were decreasing, but that was not the case with oropharyngeal cancer, which was rising worldwide because of HPV.

He said there was a lag after exposure to the virus, with cancer often developing in Caucasian men mainly in their 40s, 50s, and 60s. Most survive but there are side effects from treatment.

"Patients end up with changes to the lining of their mouth; they get often a dry mouth because of the saliva glands get damaged from the radiotherapy treatment. They have alteration in their taste and they have difficulty swallowing.

"The chemotherapy that is used can affect hearing, and can also affect sensation of the arms and legs."

Dr Chaplin said the vaccine, which research reveals is cutting cervical and throat cancers in women, would protect men too.

The Medical Association, representing 5500 doctors, wrote to drug-buying agency Pharmac in mid-August seeking an update on a proposal to fund the HPV vaccine either universally for boys from 11 to 19, or for the subset of boys and young men from age nine to 26 who self-identify as having sex with other males and are at high-risk of oncogenic HPV.

The association told Pharmac "the burden of HPV-related disease in males is considerable".

It said the addition of the HPV vaccine for boys may benefit girls, and could "normalise" the current girls-only school-based immunisation programme, where the uptake of the vaccine by girls is about 60 percent. This is compared to more than 80 percent in the United Kingdom and move than 75 percent in Australia.

"We recall the lessons from rubella, where the disease was not controlled when girls only were vaccinated, despite achieving 98 percent coverage," it said.

"Given the relatively low coverage being achieved with the HPV vaccine, and the potential to eliminate these viruses, we consider that the addition of HPV for boys will also benefit girls. Including the HPV vaccine for boys through opt-out school-based programmes could improve vaccine uptake by girls to reach herd immunity levels in ways that other methods have not appeared to achieve." 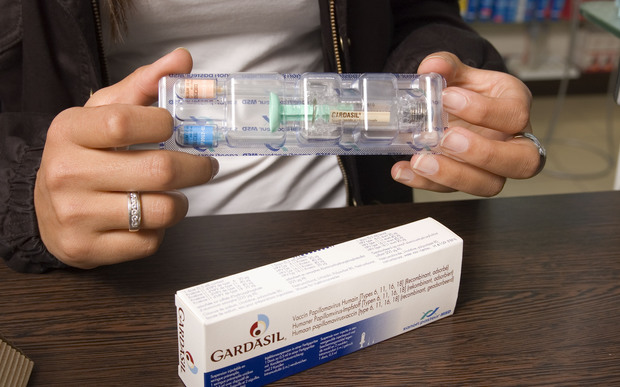 Gardasil has been held back by HPV's link to sex, the Medical Association's Kate Baddock said. Photo: BELMONTE / BSIP

The chair of the Medical Association's General Practice Council, Kate Baddock, said higher levels of immunisation against HPV were needed. "If we don't have enough girls vaccinated and we have boys carrying the virus as a vector, we have continued spread and no control."

Dr Chaplin agreed. "The problem with the immunisation programme that we've got is that we're only actually immunising half the people to start with [and] only 60 percent of those are taking up the opportunity so therefore the percentage is actually less than half - it's more like 30 of the total population [immunised]," he said.

"It's a growing problem. This is something that is not going to go away. We know the cause of it and we know that there's a cure. So I think boys should be immunised."

Dr Baddock said she believed the link with sex was what was holding the vaccine back. "There lingers a misconception that, if you give Gardasil to young girls, they're going to become sexually active at a younger age," she said.

"We get parents who come in who ask those kinds of questions about it, and often wish to delay vaccination for those reasons."

Pharmac told the association by letter in late August that there was only one HPV vaccine available and the cost was high relative to other vaccines.

"The cost of vaccinating boys is estimated to be approximately $5 - $6 million per year for the vaccine not including the costs of administration."

The agency's director of operations, Sarah Fitt, told RNZ the question about whether to fund the vaccine for boys was still under consideration. "We're still monitoring the information that's becoming available. We're regularly presenting updated information to the immunisation subcommittee, and we continue to take their advice and monitor the situation very carefully."

That was not enough to satisfy Auckland surgeon John Chaplin: "What they're saying is we don't want to pay for that up front, doesn't matter what the cost later is for all these patients being treated for cancer, having this effect on their productivity."

The Ministry of Health, meanwhile, is embarking on a programme to revitalise the school-based HPV vaccination programme for girls.

A chief adviser, Bryn Jones, said: "Coverage is currently around about 60 percent. At the time that we embarked on this, it was around nearer 50 percent for our Year 8 girls."

He said there was an opportunity to increase that based on success overseas and what the ministry had been able to achieve in other immunisation programmes.