The New Zealand Transport Agency [NZTA] is warning those heading back from long weekend getaways to be patient, as traffic builds heading into the main centres. 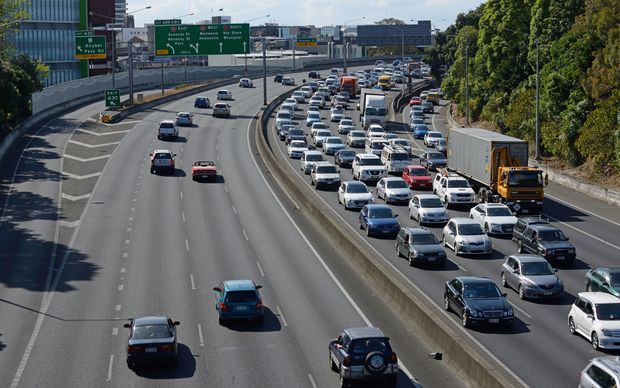 NZTA said there were delays travelling into Auckland after the Labour Day holiday.

Heavy traffic heading into Auckland from the south means it is taking about an hour to travel from Mangatarata on State Highway Two, to the intersection with State Highway One.

There are also patches of congestion in Rangiriri, Huntly and Cambridge - and a queue stretching from Drury to Takanini.

Heavy traffic near Warkworth and Wellsford, north of Auckland, have eased off, but NZTA said traffic was now heavy southbound on the Northern Motorway from Greville Road.

Further south, the Transport Agency said there was a short queue heading into Otaki, towards Wellington, but traffic was moving.

Updates can the be found on the NZTA's Twitter feeds, and a live camera of traffic congestion is available here.

The Labour Weekend road toll stands at five, with two fatal car crashes within hours of each other in Invercargill this morning followed by a crash in Wellington.

About 1am, a person died after a serious crash on Bluff Road, and just after 7am, a person was killed after their car drove into a shop on Dee Street.

A man also died after a crash between a motorbike and a car on Happy Valley Road in Wellington just before midday.

Yesterday, a pedestrian died after being hit by two heavy trucks on State Highway 39 near Pirongia.

And on Saturday, a 21-year-old man was killed in a motorbike crash in Morrinsville.

The official end of the Labour Weekend is 6am tomorrow.

Three people died on the roads in the period last year.