A television advertisement featuring infomercial personality Suzanne Paul pouring water on to a heater has been pulled after concerns children might copy it. 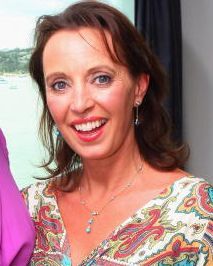 The ad, for an indoor/outdoor heater, played during TVNZ's Good Morning programme and showed Ms Paul tipping water from a watering can on to the heater while it was turned on. A warning stating: "Caution: Please do not try this on a standard heater" ran across the bottom of the screen.

But a viewer complained to the Advertising Standards Authority (ASA) that children would not read that warning and would copy Ms Paul's actions on an indoor heater.

"I found this extremely upsetting and dangerous as children do copy," the viewer said.

"My own child threw a glass of water over the television to put out a fire that was putting Lassie in danger. He was three or four years old at the time."

TVNZ responded by saying Good Morning was aimed at adult viewers and screened at a "Parental Guidance Recommended" (PGR) time, which defined programmes as being more suited for mature audiences but not necessarily unsuitable for children under adult guidance.

"There is an expectation under the Free to Air Television Codes that parents monitor their children's viewing of PGR certificate material," it said.

"Television programmes do on occasion show unsafe events and actions and it is expected that the classification system protects child viewers from this by screening such material when they are not watching or when it is expected they will be supervised."

It was also unlikely children would be watching Good Morning as it was aimed at adult viewers and screened on TV One, which did not show children's programmes, TVNZ said.

The broadcaster believed the ad was suitable given the programme's target audience, viewer profile and on-screen disclaimer.

The ASA acknowledged TVNZ's argument that Good Morning was aimed at adults but said that did not mitigate the fact the advertisement depicted a potentially dangerous "everyday" situation which children could easily copy.

It believed the heater's waterproof qualities could have been demonstrated in a less dangerous and more socially responsible way, such as showing it operating in the rain.

It therefore upheld the complaint and ordered the ad be removed.