Canterbury University has been warned it sailed close to the wind by offering Auckland teenagers ski trips and sports tickets if they enrol next year.

Auckland students were offered $5000 accommodation scholarships as part of a package to lure them to study at Canterbury University. Photo: Unknown

The commission said the Canterbury offer did not break the rules, but it had prompted the commission to review them.

The "Go Canterbury" package offered Auckland Year 13 students with good grades a $5000 accommodation scholarship as well as first aid training, summer and winter road trips, an orienteering trip, and a free ticket to either a Tactix netball game or a Crusaders rugby game.

The commission said: "The TEC has reviewed the University of Canterbury (UC) offer and considers it is legally within the SAC3+ funding conditions covering inducements and scholarships.

"However the TEC has advised UC that it considers its offer stretches the limits of the spirit and intent of the SAC 3+ funding condition.

"We are now working with UC to ensure any future offer will meet both the letter and intent of the SAC 3+ funding conditions."

SAC 3+ is the government's Student Achievement Component subsidy for enrolments in qualfications at level 3 and above. 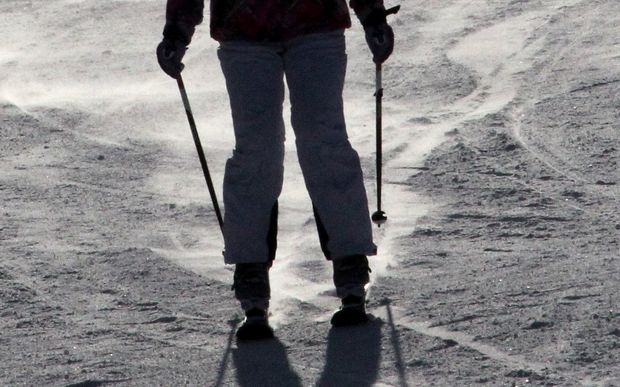 Free ski trips have been offered to Auckland students to tempt them to study at Canterbury University. Photo: AFP

The commmission said it was going to remind all institutions they cannot offer inducements and it also planned to take another look at the rules.

"The TEC expects declining student enrolments, reflecting population changes, could see an increase in packages similar to this one in future. Given this, the TEC intends to review the relevant SAC funding conditions."

Canterbury University vice chancellor Rod Carr said he did not feel that his institution had been slapped over the wrist.

"What's happened is that quite sensibly some of our competitor institutions have asked a question, the TEC has said 'no we don't think there's a breach of rules but we think it would be helpful if we reminded everybody what they were and reviewed current practice'."

Universities had to attract students' attention in a busy and crowded market and Canterbury did not sail too close to the wind with its offer, Dr Carr said.

"We're doing nothing that other universities aren't doing, which is in a market we attract attention and we're looking for bright students who will succeed."

About 100 Auckland students have been offered the deal, which is more than enough for the university break-even, he said.

"Certainly the competition is heating up for students and of course we're happy to the be objects of institutions' affection. What we are concerned with is if institutions are competing on things that aren't academic quality, aren't the student experience and are trying cheap gimmicks to get students to travel down to a place that maybe isn't the best place for them to go."

"It's a really worrying trend that our institutions aren't just relying on their really good academic credentials and what they offer students, but are having to offer a little bit extra, and the little bit extra having nothing to do with education."

The Tertiary Education Commission said it was working with the umbrella group for universities, Universities New Zealand, to identify the most effective way of ensuring institutions offered scholarships that complied with the rules.

"This could involve adjusting funding conditions, but we are working collaboratively with the sector to identify the most effective solution.

"Universities New Zealand has indicated to the TEC they have no desire to create an environment that stimulates a scholarship race among universities."